Our greatest strength as a community is our tremendous diversity of thought and perspective.

Agriculture is the best example of this.

Finding consensus and correctly ‘representing the people’ on issues pertaining to agriculture and land stewardship proved to be my most difficult task as a freshman legislator.

The high minded emphasis on food is Fairfield’s most alluring charm.

The generous helpings of local organic milk and cream is something that always amazes visitors at our local coffee shop.

How lucky are we to have a local organic dairy supplying our town? Very lucky.

Not everyone appreciates these things in quite the same way.

Vedic City has ordinances prohibiting the use of herbicides such as glyphosate, but their neighbors down the road use the same chemicals to achieve record breaking yields on their generational family farm.

Many strong-willed vegans express caustic opinions on Iowa’s livestock industry, but animal husbandry and food processing is a major chunk of our rural economy. Not to mention our high protein diets.

As the stress of our changing world bears pressure on our food supply chain, we must never miss opportunities to evolve and improve.

A robust, local, sustainable, food production economy that can provide year-round nutrition is a real priority for community security.

My angle as a legislator is to make sure ALL our industries and stakeholders have the flexibility to adapt to a changing world of global uncertainty and shifting consumer preferences. Evolution is only painful when we refuse to let go of what’s no longer working.

Thankfully, there are many leaders building this new reality in our community. It’s my honor to be a voice in the Statehouse for regenerative agriculture and creating a healthier Earth, and healthier people. 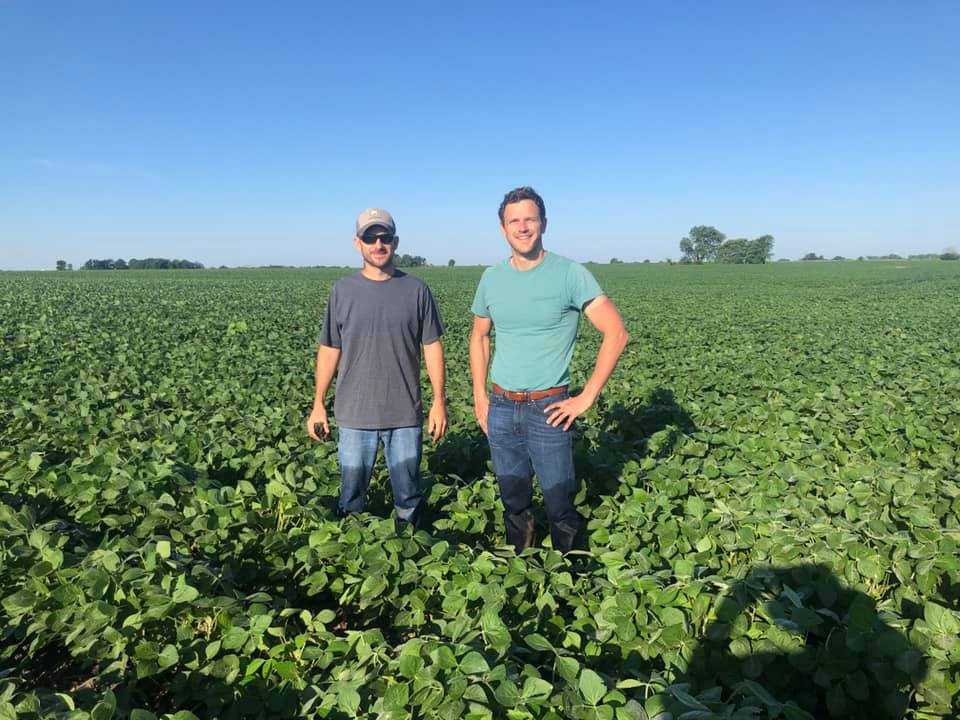 Many constituents reach out wanting to ban certain certain farm chemicals, glyphosate chief among them. Others in our community rely heavily on this chemical to make a living.

Carving out a middle ground, I authored legislation that would collect serious, tangible data on the presence of glyphosate in the food we’re serving our children at public school.

It’s believed that glyphosate, along with many other common industrial residues, could be a contributor to health issues in children. More data would spurn better research.

Glyphosate is believed to be most present in wheat, oat, and legume products, which overlaps nicely with the school’s draconian food guidelines.

I’m hopeful we can find cooperation on testing protocol at the local level. The people need not wait for the government to take action.

As more knowledge is revealed on this topic, consumers will be motivated to make their own decisions. 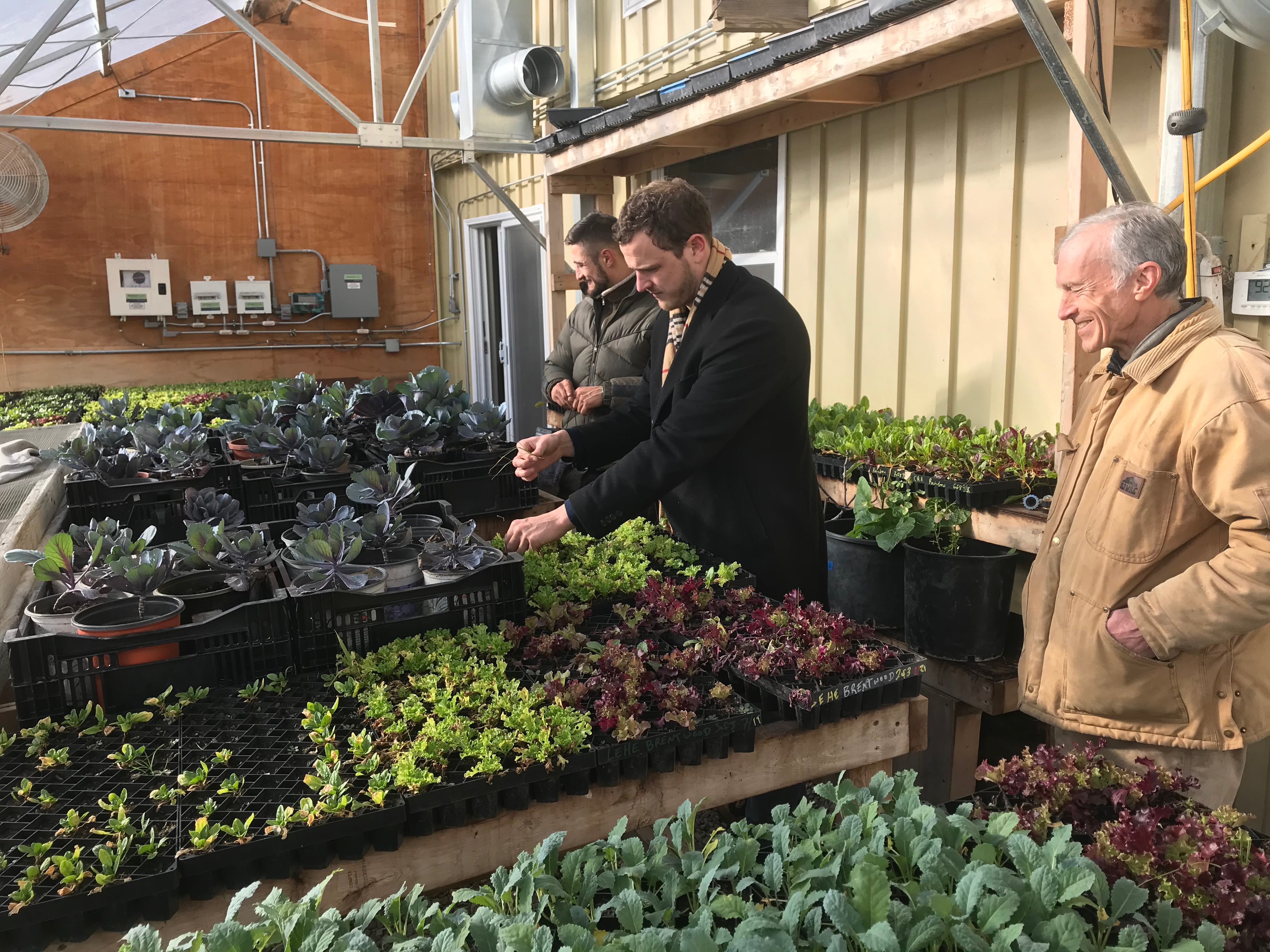 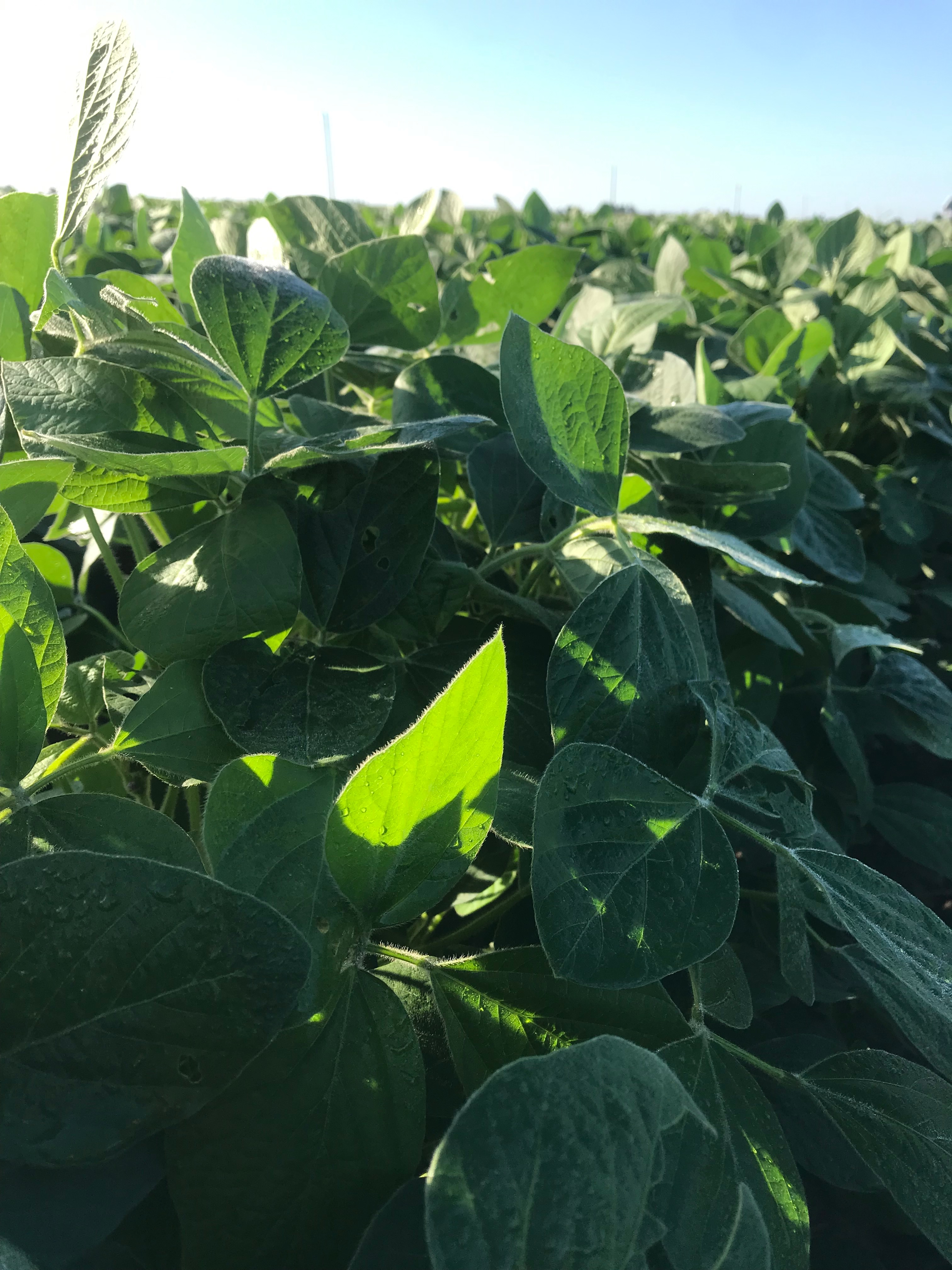 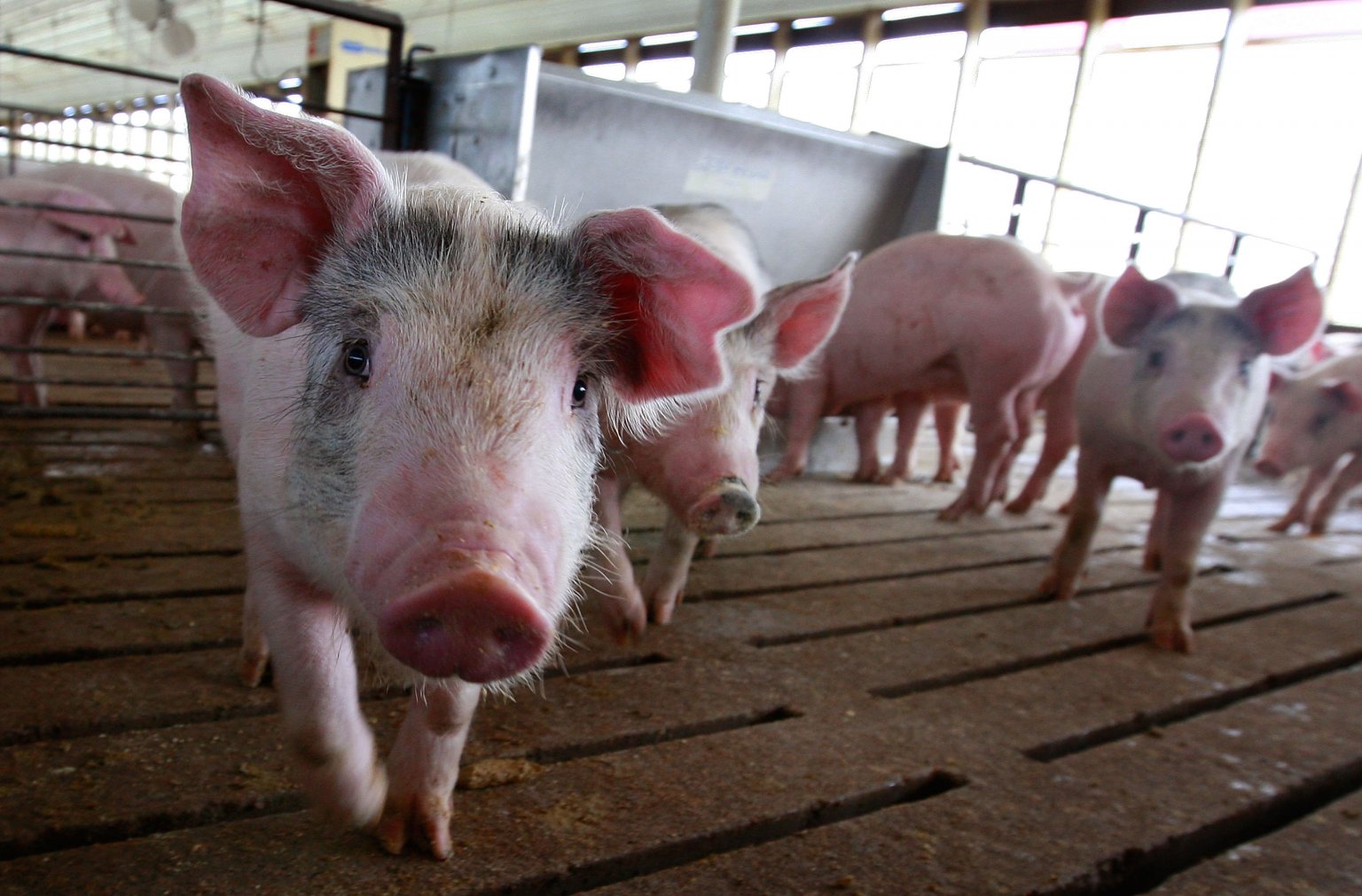 For the last twenty-five years, the placement of confined livestock operations has roiled tension on the rural Iowa countryside.

It’s a classic political puzzle of ensuring that one person’s economic liberty and property rights doesn’t infringe on the liberty of another.

Most people can be trusted to do the right thing.

At the request of his neighbor, one local producer delayed construction on a hog facility for seven years, until a far less contentious location became available.

Seven years is typically the amount of time it takes for a livestock facility to pay itself off. So it’s a heck of a sacrifice, but one that’s worth it to keep the peace in the countryside.

My concern is that other corporate actors, perhaps international corporations, may not have the same respect for peace and harmony among neighbors and friends.

The law presently defers all authority to the state for permitting new construction.

One radical proposal that I signed onto was the “CAFO Moratorium,” which would halt the permitting of new confinements until there’s an overhaul of the existing system.

Such slash and burn proposals are generally regarded by politicians as unsuitable for public hearings. Political inertia only allows so much movement at any given time, especially on issues regarding entrenched industrial interests.

My decision to attach my name to this bill came after many months of careful deliberation.

It serves more as a symbolic statement rather than a tangible legislative proposal.

I am a firm believer in local control of institutions across the board, so it was a statement of political consistency.

It was also a statement recognizing that potential for improvement exists, even though I may not know what specific improvement that may be.

The livestock industry has grown strong in the decades since these policies were crafted by the legislators and cemented by the Iowa Supreme Court.

So it makes good practical policy sense to revisit our laws every generation.

My focus will always be to enshrine political power at the local level, while supporting animal husbandry practices that will best meet the needs of consumers. 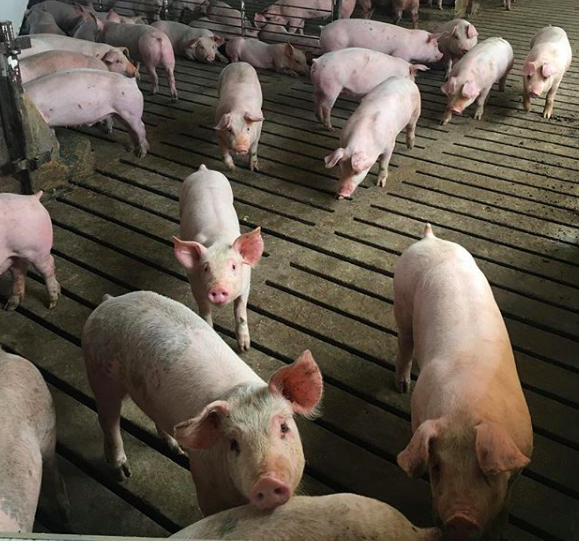 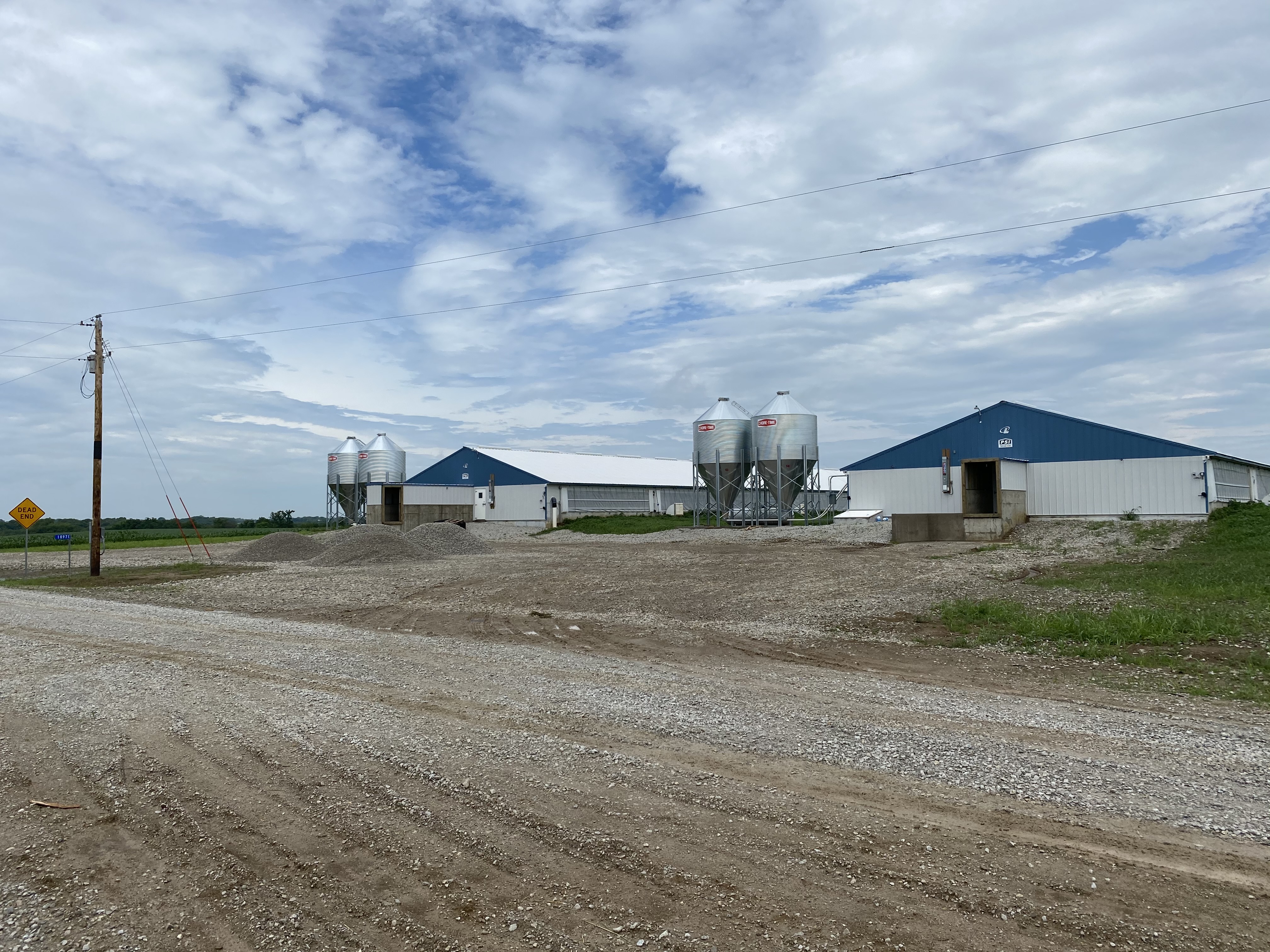 Dating back to my work as a renewable energy consultant, I’ve had the opportunity to inspect many livestock facilities in person.

The livestock industry prides itself on providing an excellent product at all phases of production.

As with any institution, it’s possible that not everyone is willing to live up to high standards.

Adversarial activists have sought to gain access to a livestock facility under false pretenses, seeking perhaps to unjustly embarrass the industry or to document important events, depending on your perspective.

For instance, an animal needing and receiving euthanasia could be taken out of context and presented to the public as a wider pattern of abuse.

This sort of activism provokes quite a bit of anger from producers, resulting in “ag-trespass” laws which create additional criminal penalties for activists who encroach on livestock facilities.

Recently, the Iowa Legislature approved an expanded law that would apply to food processing facilities as well.

Proponents say this is necessary due to radical activists infiltrating operations and putting livelihoods and the agriculture economy at risk.

Two previous ag-trespass laws are being litigated in the courts over first amendment issues.

When this issue first crossed my legislative desk in March, 2019, it was the first time I really felt challenged. I had to sit and think this through.

Adding to the challenge was the pressure I received from legislative leadership and my colleagues to vote in favor of this issue. It was the first time I really saw tempers flare at the statehouse. Looking back, it’s funny. But at the time it was decidedly not fun.

Once I was able to drown out the noise and think clearly, my first vote against the “ag-trespass” bill became the right thing to do in my mind, and I have consistently voted ‘nay’ ever since.

I believe in freedom. I do not believe additional criminal sanctions are necessary.

I also have faith in consumers. We’re not all naive. We understand that industrial livestock and food processing comes with certain elements that may not be flattering for cameras. But we say our prayers before we eat and do the best with what we have.

It’s tough to imagine the life of a hog whose only purpose in this world is to satisfy someone else’s hunger. But that’s why it was brought into this world.

Many constituents claim grievous ethical complaints on the existing industry. Everyone is entitled to their opinion, but if you’re going to complain, make sure you’re taking proactive action to support what you would like to see.

Admittedly, there are many aspects, in very many industries, that could use the bright light of awareness. But building something new is always superior to tearing others down.

The buying patterns of consumers is the most powerful force in our market economy. Any conscious capitalism requires the thoughtful and deliberate allocation of dollars in alignment with personal values. 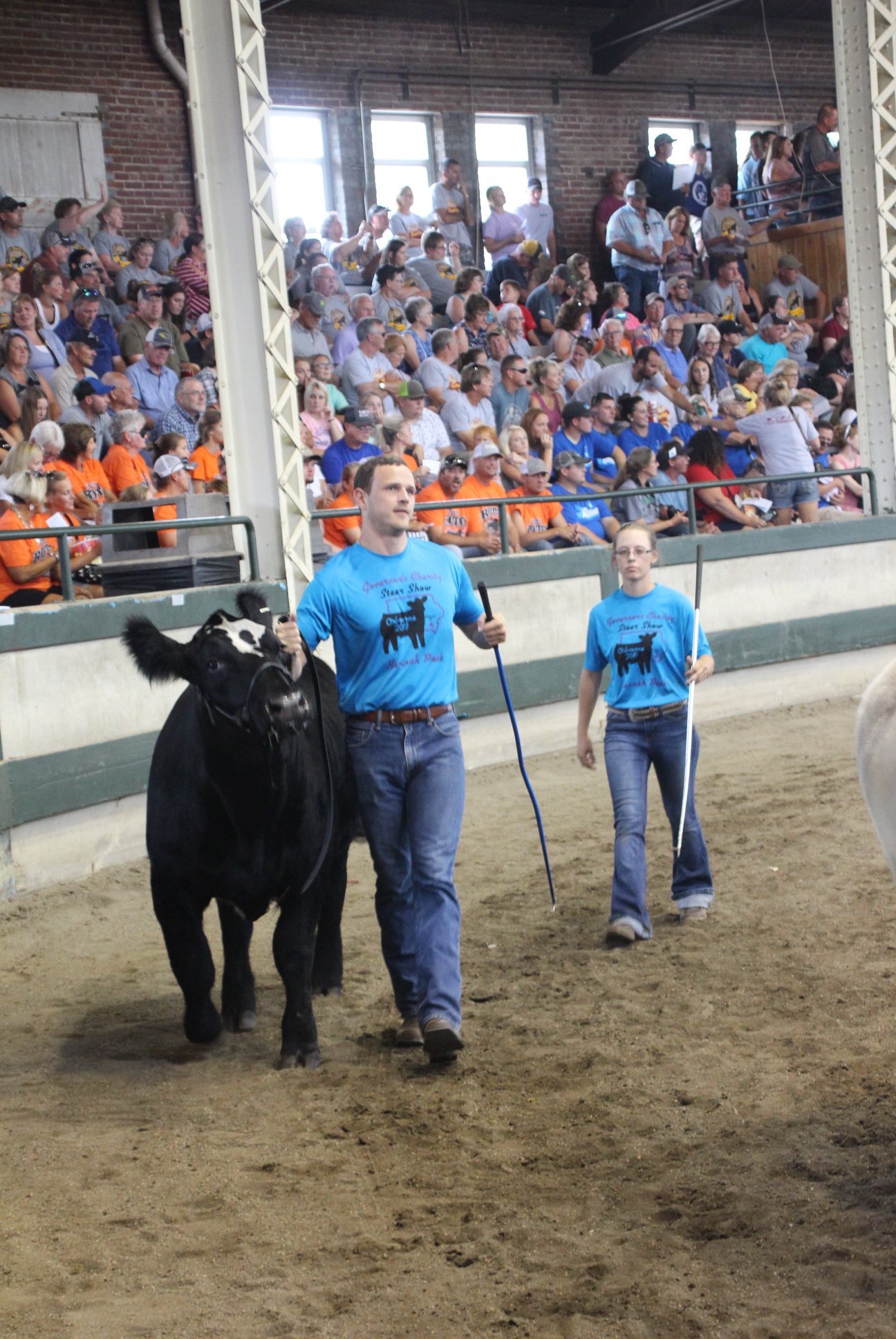 Proud to stand with Iowa Cattlemen and women at the State Fair! Aug. 2019

Local film producer, Luke Stenger, recently had me on his podcast, The Steng Show.

I'm extremely thankful for this opportunity to explore difficult and complex topics over a longer period of time. Luke was an excellent host and asked sincere questions, meant to cultivate understanding.

In today's tense political environment, there is room for disagreement, but there's never an excuse not to try to understand another's point of view.

That's the sort of ignorance that's tearing the fabric of our society apart.

As citizens, we must be taking the lead on difficult conversations, not ignoring them. 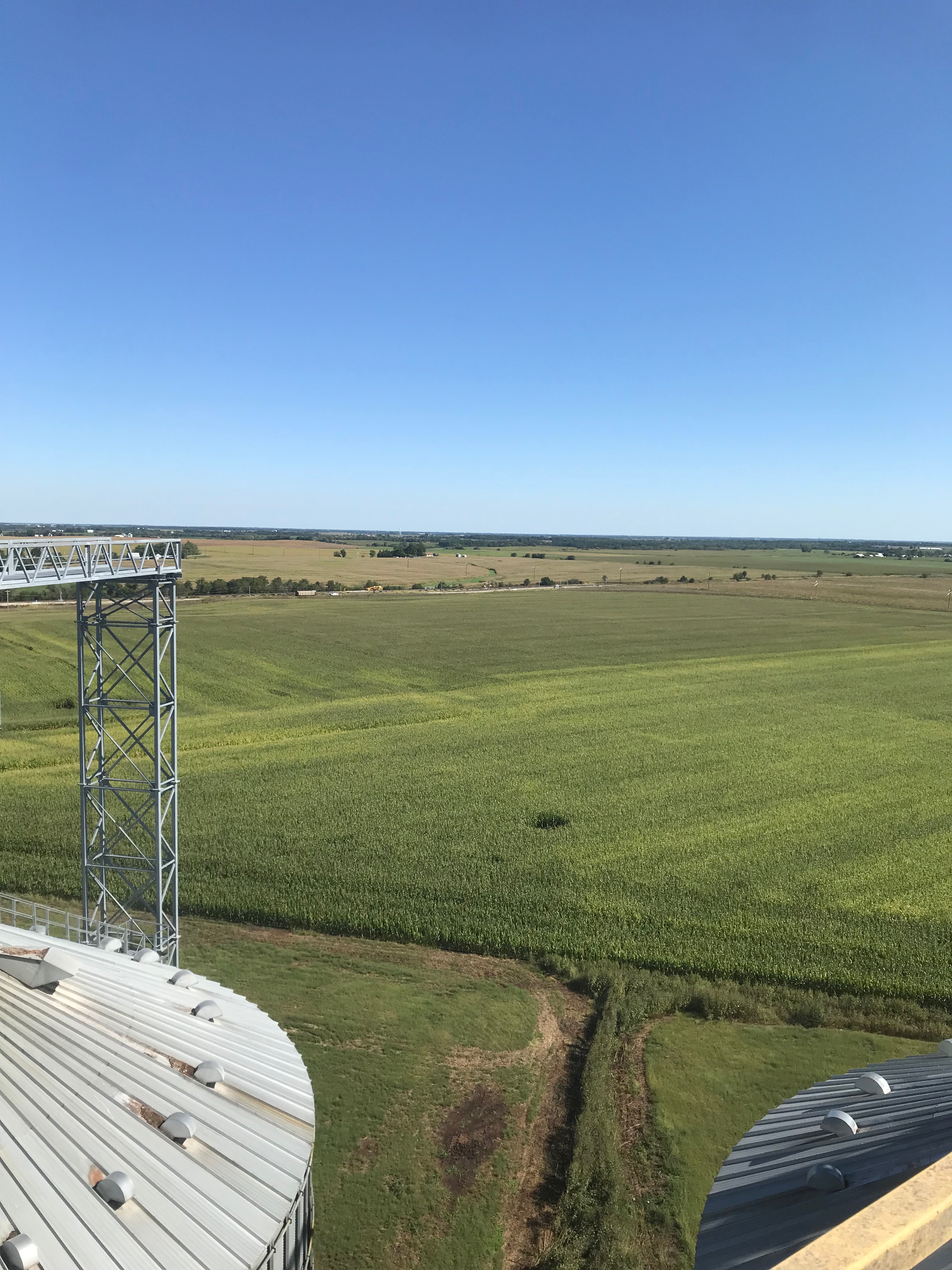 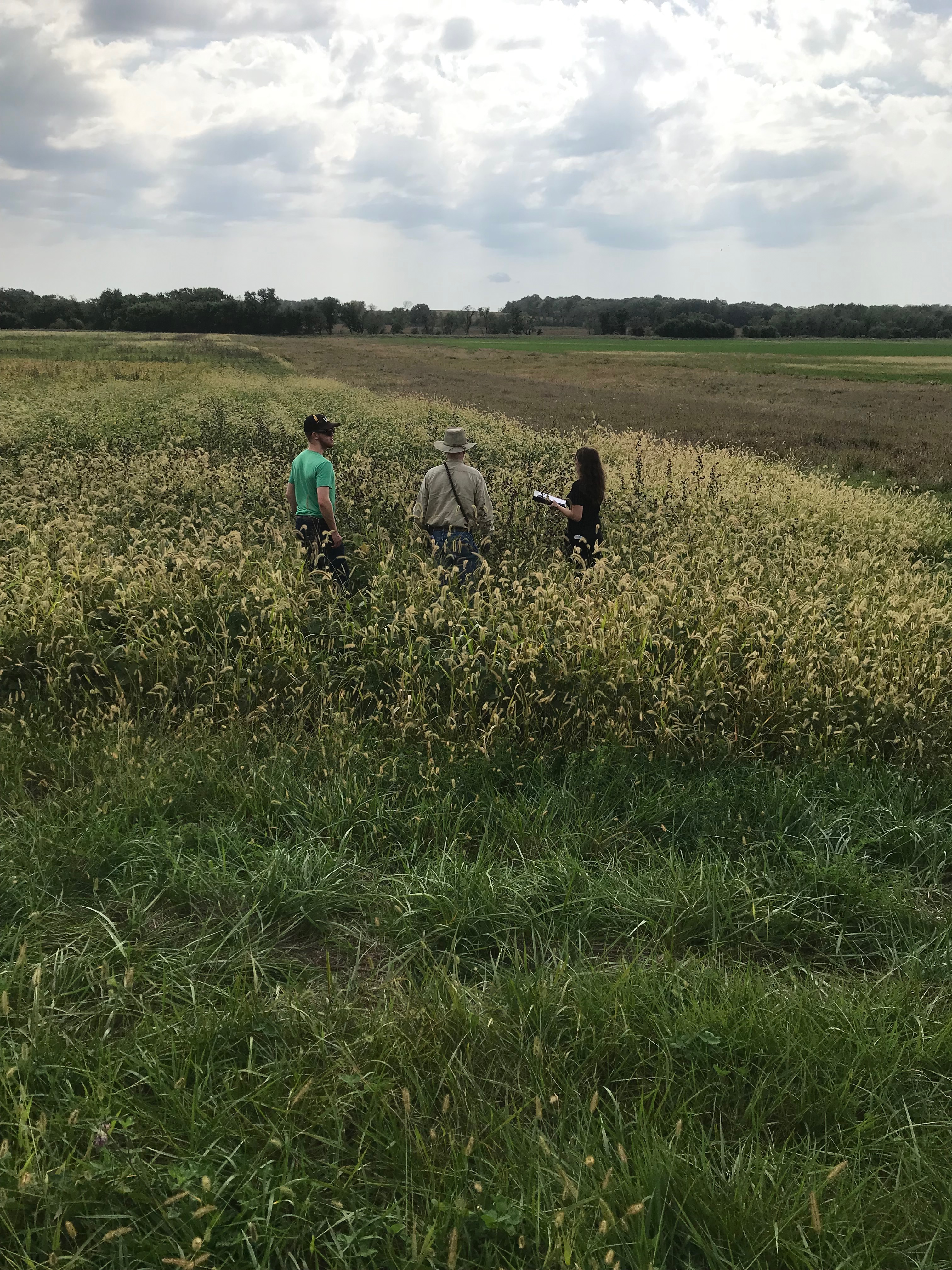 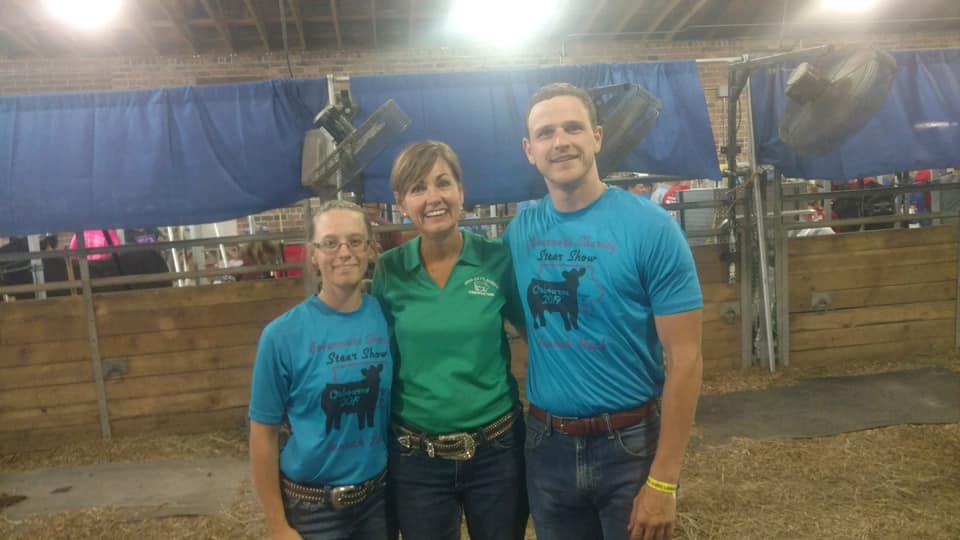 Thank you again for the opportunity to serve as your State Representative.

As I mentioned, these agriculture issues have been the toughest for me for many reasons. I welcome any and all feedback and always look forward to the opportunity to learn more.

We must ensure our rural economy is vital and prosperous for generations to come! Let's all work together to make that a reality.

or
Please check your e-mail for a link to activate your account.