"for I have sworn upon the altar of god eternal hostility against every form of tyranny over the mind of man."

This week is funnel week, the first deadline for policy bills in the Iowa Legislature. Legislation must be passed out of committee by the end of this week to be considered by the entire chamber.

Here’s part one highlighting some of the issues I’ve been working on. We’ve had several productive subcommittees but getting bills out of committee is a big legislative hurdle.

"The cell phone has become the adult's transitional object, replacing the toddler's teddy bear for comfort and sense of belonging

Perhaps the hottest topic in Fairfield is the proliferation of telecommunications equipment.

‘The Iowa Cell Siting Act’ prevents local governments from denying permits to new installations. The act is written to sunset in July, 2022, but there is a push to extend that date to 2025.

Consumers have long preferred ‘fast and cheap’ over ‘safety and privacy.’ The FCC hasn’t updated their rules governing radiation emissions since 1996, and many people express concerns of relevant and important science being ignored.

HR 101 establishes a legislative committee to review the relevant safety standards to hopefully pick up the slack from the FCC.

HF 2113 deletes the language from the Iowa Cell Siting Act that prevents local governments from considering environmental or health concerns.

HF 2112 takes an idea that the Iowa Utility Board brought forth in their smart meter ruling, of a ‘community opt-out.’ This bill allows homeowners associations, or any other political subdivision where parcel owners are bound by covenants, to govern the utility equipment (smart meters) and telecommunication equipment (5G) within their association. This solves these issues with a scalpel, allowing individual neighborhoods to govern themselves.

Sadly, the discussion on these issues at the Capitol has not made as much progress as our big victories on smart meters last year.

However on the local level, Fairfield is blessed with Mayor Connie Boyer who has been absolutely superb in bringing all sides to the table to figure out a way forward on these topics.

Maharishi Vedic City also deserves high praise for their bold leadership challenging the supremacy of state law and asserting their right to govern these issues.

I have offered my bills as amendments to the extension of the ‘Cell Siting Act,’ HF 2213, guaranteeing myself an opportunity to address these topics if that bill comes to the floor.

Offering amendments to bills, especially bills that are considered priorities of your own party, is considered a hallmark of legislative leadership. 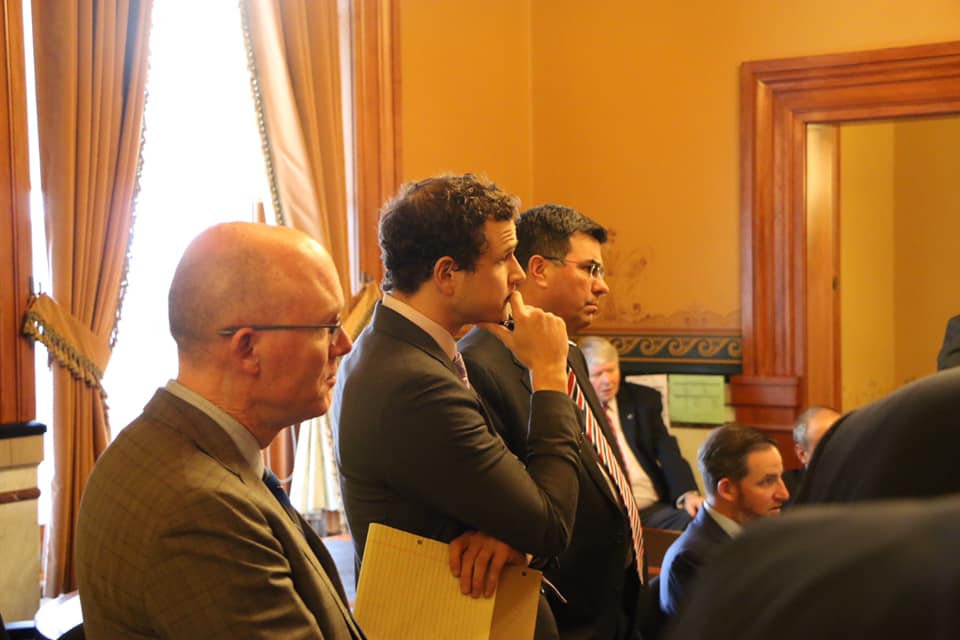 Industrial Residues and Contaminants in Food

Since being elected, I’ve been desperate to connect the dots between nutrition and overall health outcomes, especially in children.

I’ve affectionately dubbed this my ‘sauerkraut agenda,’ to draw attention to the importance of a healthy gut, and how simple dietary changes can make a profound difference.

One functional nutrition hero that’s local to Iowa is Dr. Terry Wahls, who developed a diet protocol to alleviate her multiple sclerosis.

The gut microbiome is garnering a lot more attention, even in psychiatry and mental health.

Basically, these concepts have the power to transform entire branches of medicine. It simply requires an overhaul of conventional nutrition wisdom and the willingness to make improvements to the Standard American Diet (SAD).

Given the prevalence of various environmental contaminants and industrial residues in food, what we’re NOT eating is equally important.

This is important feedback I gained from the autism community, where parents are placing increasing attention on dietary triggers in their children. One particular trigger that I kept hearing about is glyphosate.

Glyphosate is one of many chemical inputs used in industrial food production. The question is whether frequent exposure to industrial residues over time contributes to negative health consequences.

Since learning about the tremendous stress in our schools relating to students with unique behavior and psychiatric challenges, I’ve been desperate to find a holistic approach to addressing the issue.

Hence, I’ve been doing my best to hone in on the existing research that connects exposure to contaminants in food to behavior disorders in children.

A lot more research is needed, especially on how various environmental contaminants interact.

But given what we do know, it would be extremely irresponsible to ignore these questions.

HF2200, which would test school food for the presence of glyphosate, was my best attempt to collect data on this subject.

My bill also comes with the disclaimer:

“Industrial residues and other contaminants accumulate in the food chain and present a toxicological concern to children. A growing body of scientific research suggests high concentrations of glyphosate may be connected to behavioral and psychiatric disorders. Additional science is needed, especially pertaining to the relationship of various environmental contaminants that are common in the industrialized world.”

I’m not sure if I can vote in favor of education budgets with a clean conscience absent a serious exploration of this topic.

Suffice it to say, the federal and state laws governing school nutrition are atrocious and run contrary to many functional nutrition principles. It makes it harder to make any constructive suggestions because any idea is met with a brick wall of bureaucracy.

I am actively seeking out interested parties who can help shine light on this issue to see what progress can be made locally. 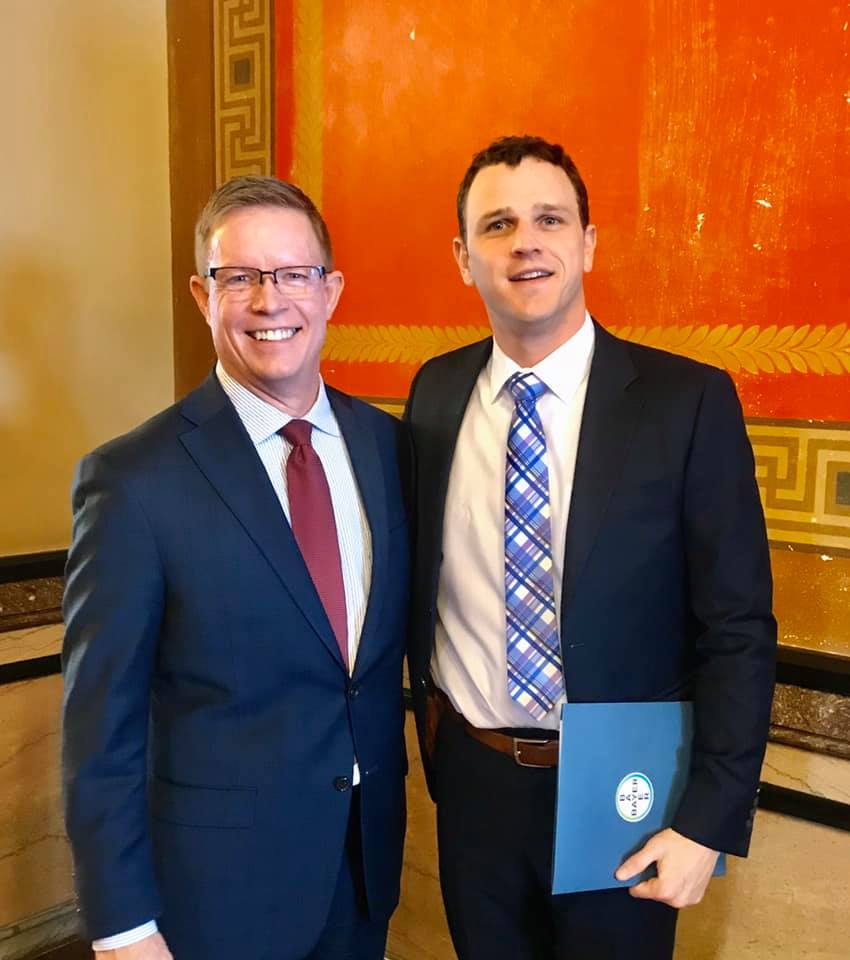 Thankful for Mr. Tierney of Bayer for making a special visit to the capitol and connecting on glyphosate questions.

There are many more important issues that I’m focused on, and that are moving in the Iowa Legislature.

I will do my best to keep you posted on what I find most relevant. In the meantime, please feel free to reach out and thank you for everything you do to make Iowa peaceful and prosperous!