Save Women's Sports and Policy Questions on Gender Dysphoria

"The definition of insanity is doing the same thing over and over again and expecting a different result." 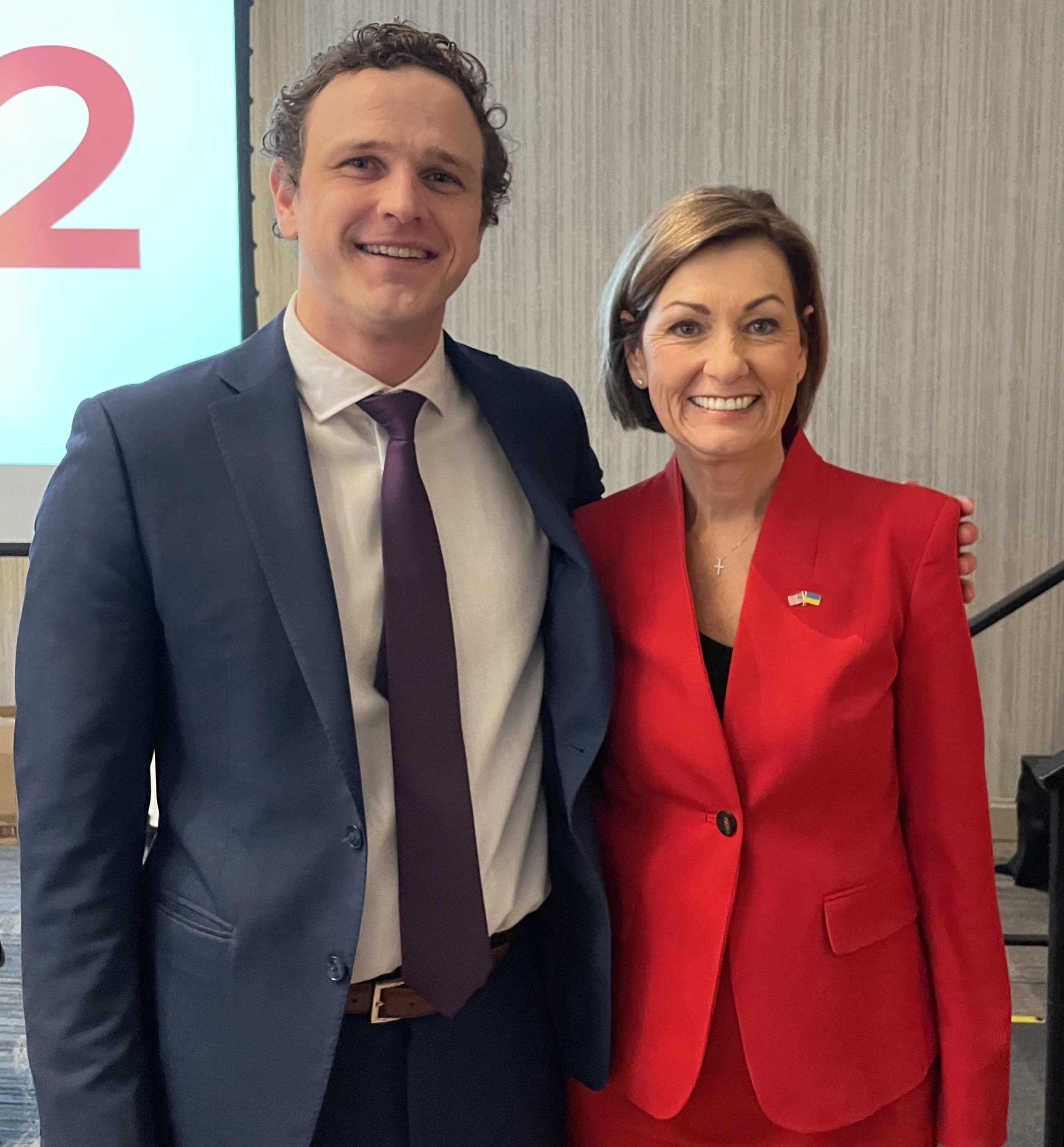 Life always seems to come down to the same questions...

The most important issues are always those affecting our personal identity -- what does it mean to be human?

Every human being is entitled to live a fulfilling life of meaning, purpose, and destiny...

Mental and emotional health comes naturally when humans have a sense of meaning, and a sense of purpose and direction in their life.

Yet our local communities, and nation as a whole, continue to suffer under a debilitating plague of anxiety, depression, and suicidal ideation.

These issues are not new, and have existed for a long time, but it's become woefully apparent that the emotional and mental health challenges facing today's children are unlike anything ever seen before.

The federal government has recently come around to acknowledging the alarming epidemic in children's mental health, but the damage to a generation of a children has already been inflicted.

Ensuring access to mental health treatment is always a bipartisan priority, but in my four years as a legislator, there is rarely any serious effort to prevent the formation of mental illness to begin with.

Sadly, especially during the covid-era, governments have been the cause of deteriorating mental and emotional health.

The epidemic of loneliness rampages on unabated.

Our society has gutted the institutions of church, family, and civic engagement. The demand for genuine human connection outpaces supply. Even the idea of friendship can't be taken for granted in today's hollow culture.

Communism and marxist ideology, (and lots of other ideology too) can often be accurately portrayed as mental illness.

It has been said that Native American cultures likely viewed European colonists as mentally ill, and vice versa.

I suspect most of us suffer from mental distress of emotional dis-ease in one dimension or another. Or at least it seems that way at the Iowa Capitol.

I share that assessment because when I use the phrase, "mental illness," I don't associate a stigma with the phrase.

There is nothing inherently wrong with being ill. But being dishonest about illness and rejecting or refusing to seek health becomes a big problem quickly. Mental illness can be absolutely debilitating, not only for the individual afflicted, but for loved ones and the larger community as well.

When you realize that a significant portion of our public institutions are governed by mental illness, then the political problems start to make more sense.

Now we move on to the issue of biological males competing with women... or as I like to call it: debating the difference between cows and bulls... 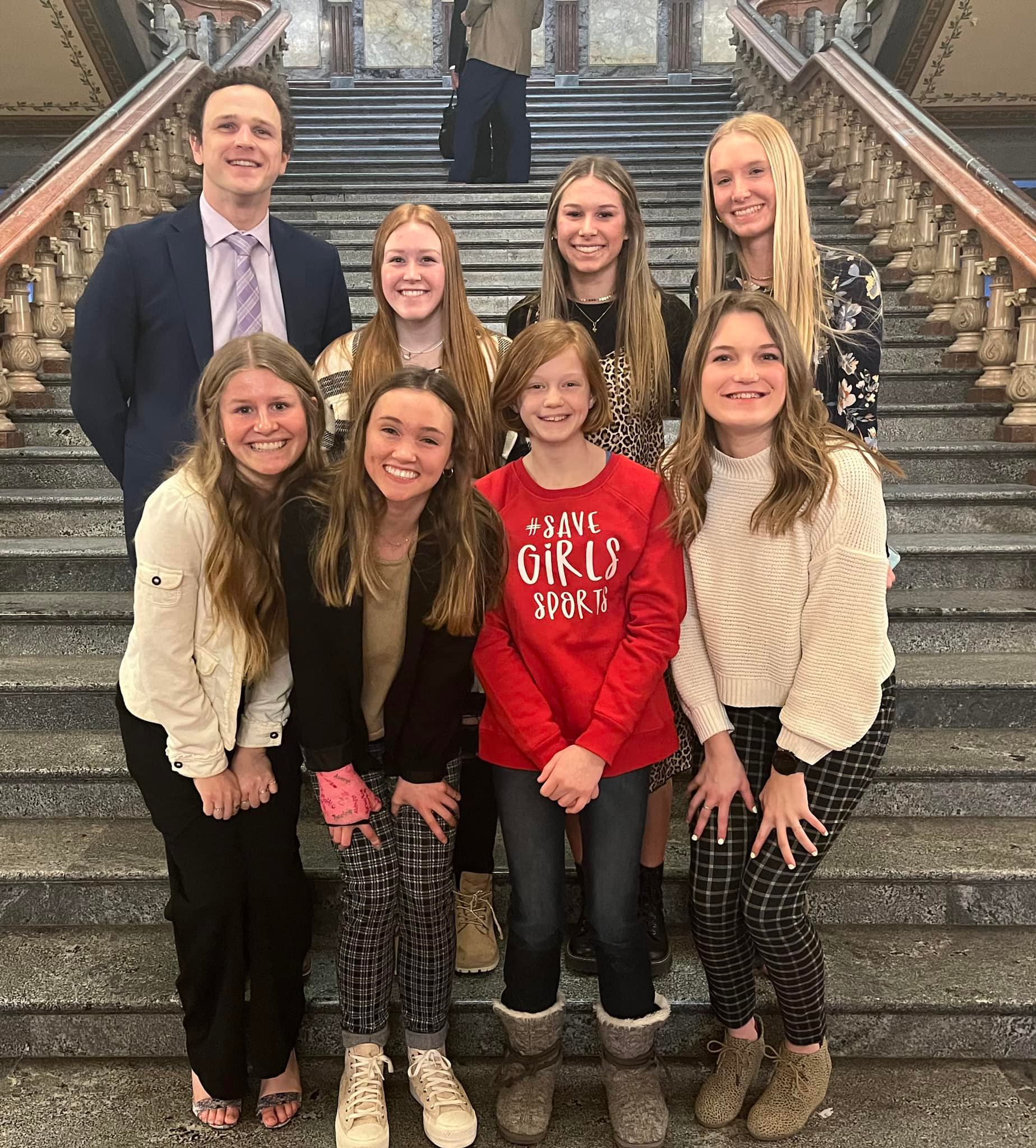 After years of prayer and advocacy, Iowa is finally taking steps to address a serious and deeply-rooted problem.

When 'Gender Identity' was added to the Iowa Civil Rights Act in 2007, it would have been difficult to foresee the extent and real-world impact of such 'progressive' legislation.

I don't think anyone besides the most discerning Christians could have predicted the extreme rapid rise in gender dysphoria diagnoses among children, and the associated demand for all-expenses-paid medical gender transition, accompanied with the evisceration of parental rights.

Despite the letter of the law, transgender women, i.e. biological males are insisting on competing against women in athletic competitions, claiming their professed gender identity entitles them to do so.

Many people rightly observe that men and women enjoy vast biological distinctions, and question the fairness of such an arrangement.

UFC commentator Joe Rogan was among the first to explore this issue on the national stage way back in 2013, expressing concern that female fighters could face serious risk of injury and have a right to know the actual biological disposition of their opponent.

And now after nine long years of waiting, the State of Iowa is taking action to acknowledge and protect women's rights to athletic competition, essentially reaffirming Title IX of US Civil Rights Law.

Trans activists routinely fail to acknowledge that women are also entitled to legal protections on the basis of their biological sex.

However, this is becoming increasingly contentious and efforts to codify civil rights protections for gender identity threaten to erase women's rights completely. 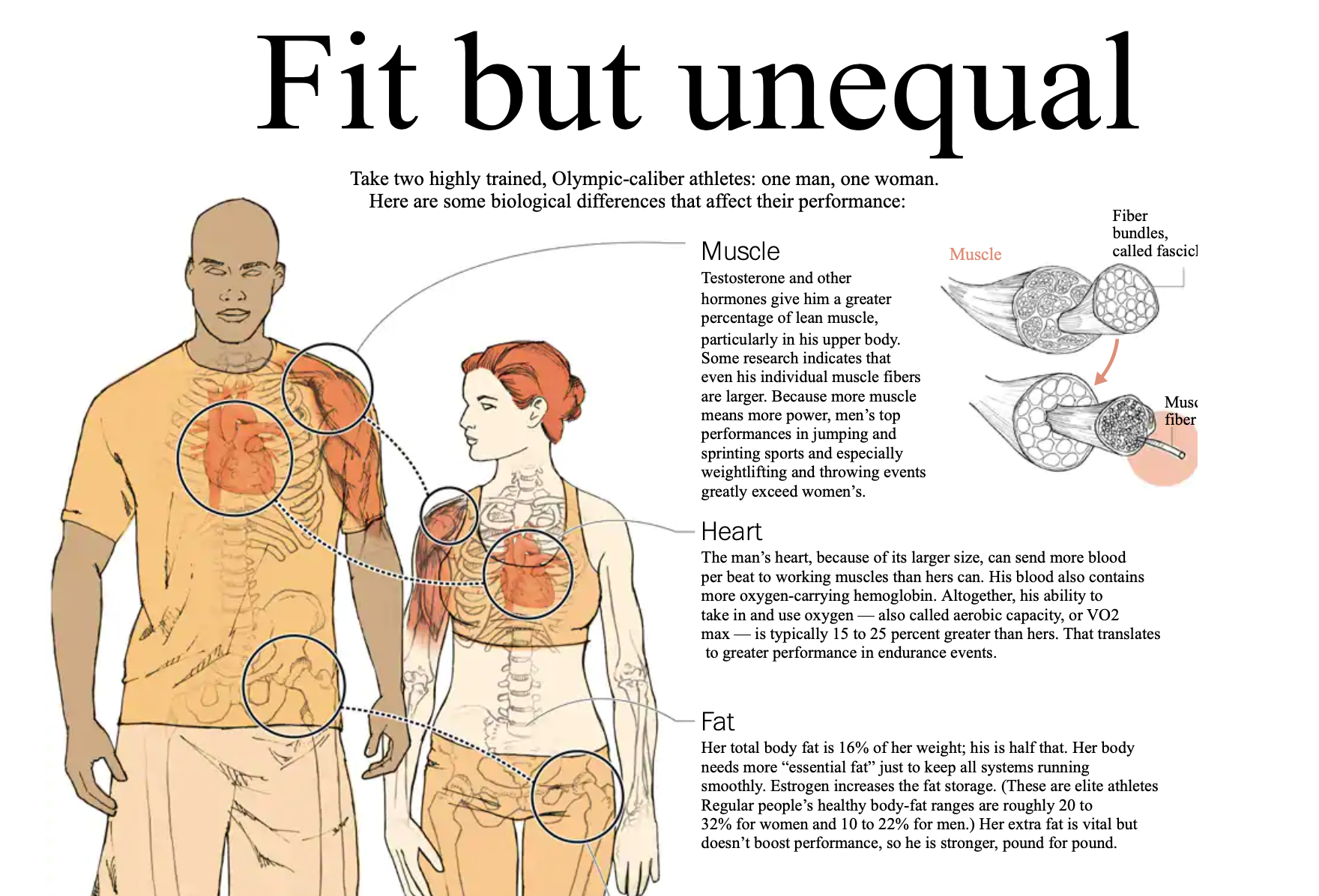 Somehow radical trans activists blatantly dismiss physiology as irrelevant and besides the point of their inclusivity goals.

However, to all honest observers, the differentiation of men and women remains the foundation of this sound, science-based policy.

I'm encouraged to report that as of 12:15pm today, HF 2416, "An Act to Save Women's Sports" is now signed into law and effective upon enactment! 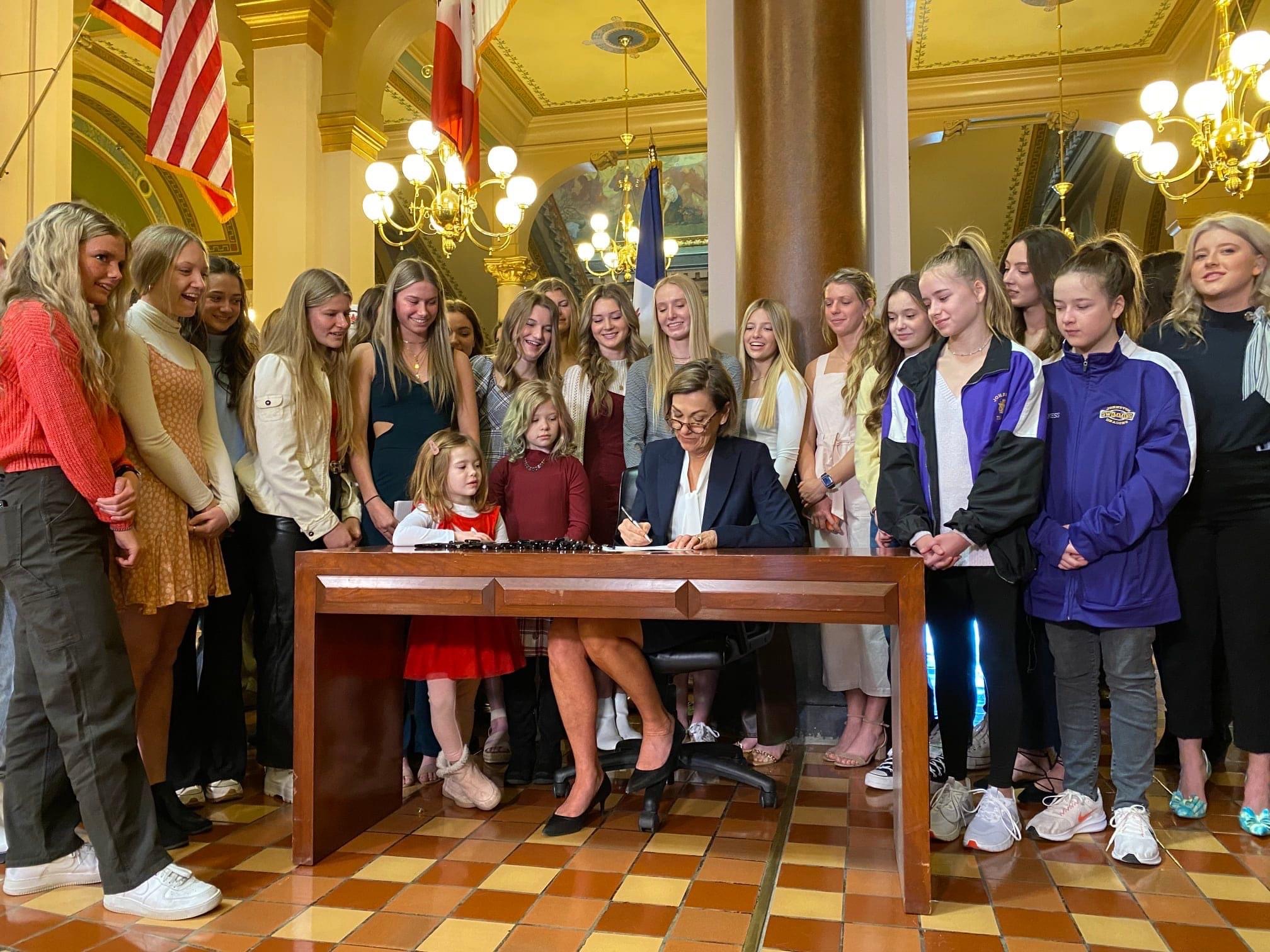 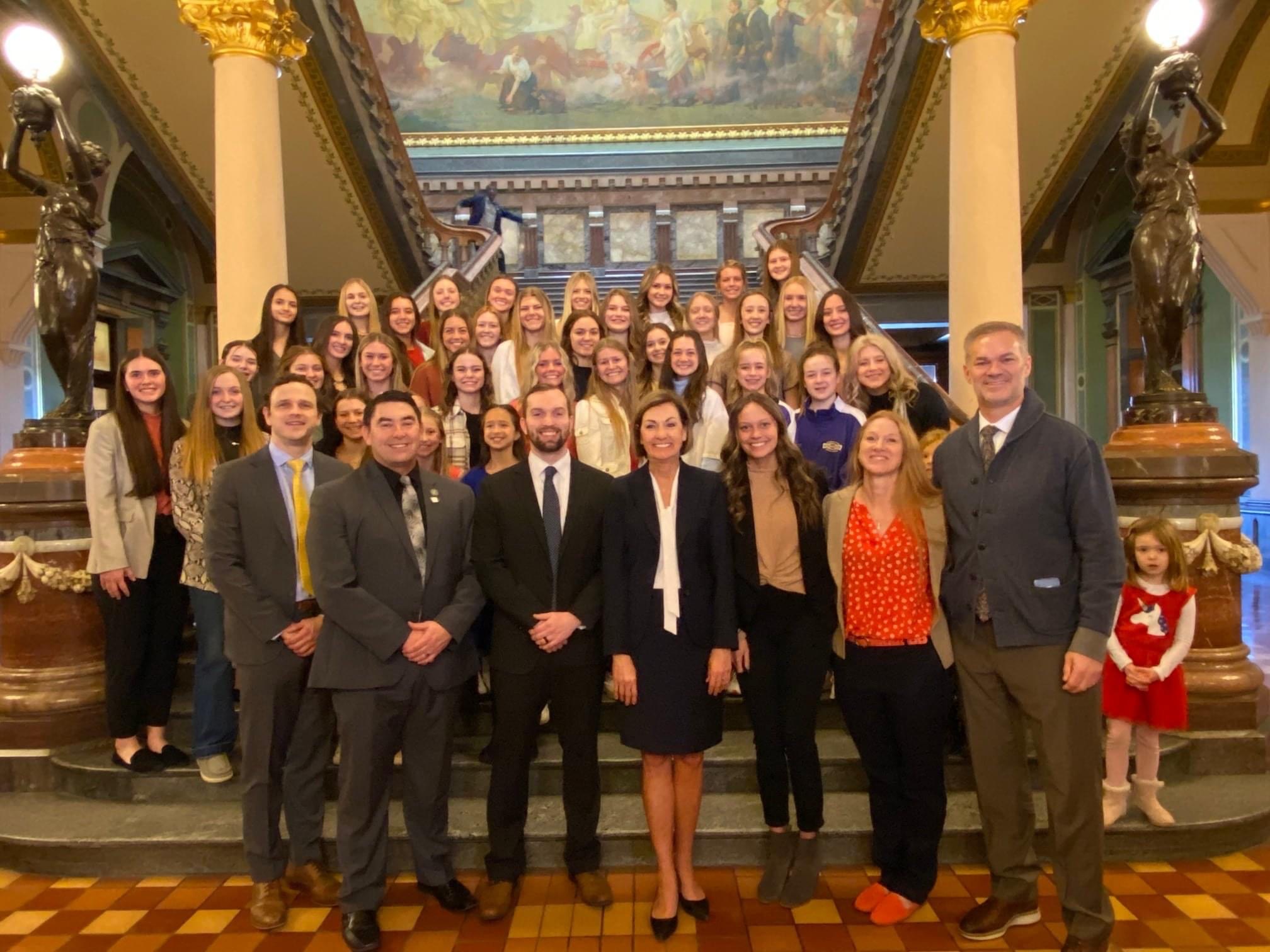 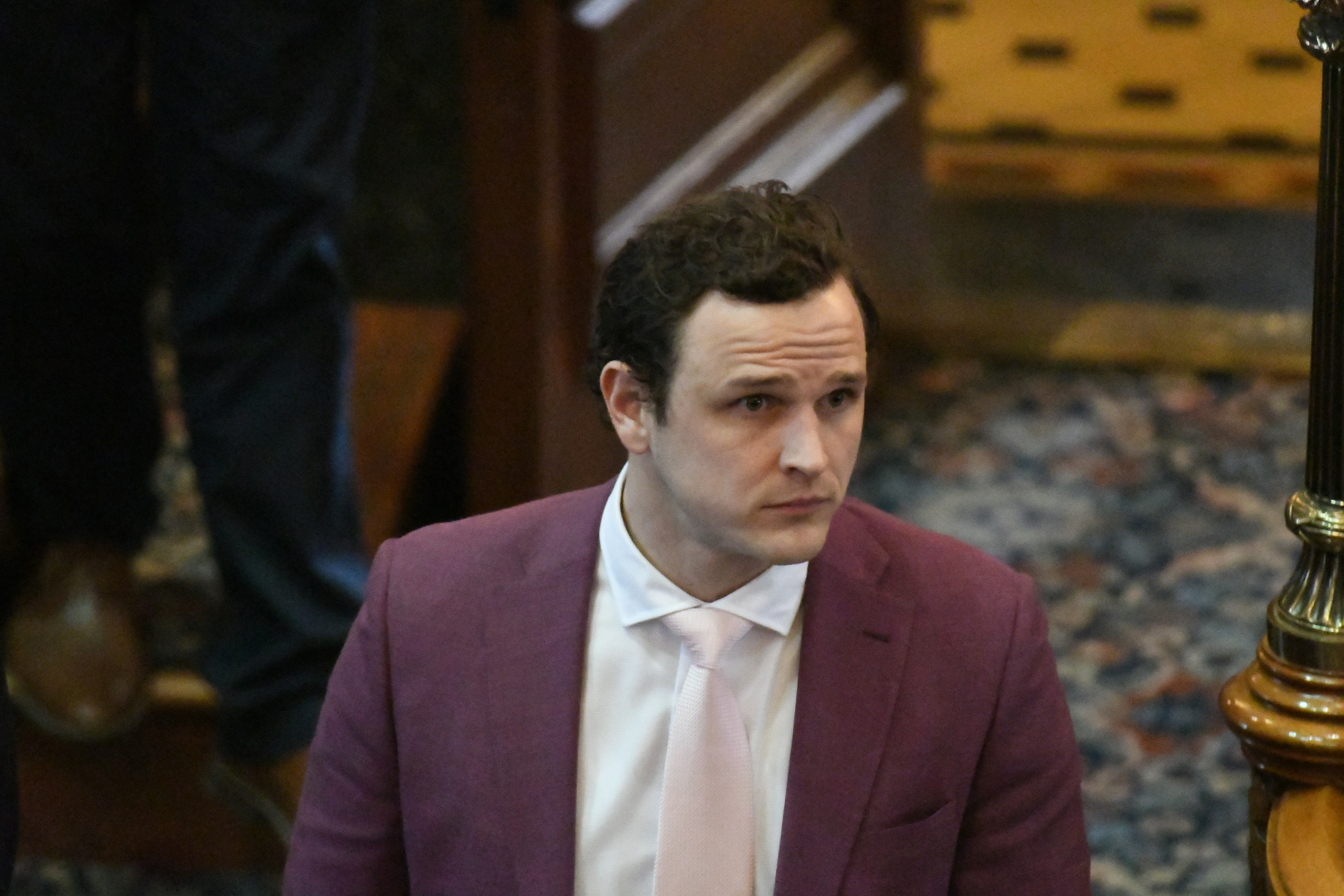 Protecting the civil rights of women in the realm of scholastic athletics is an important achievement.

But just as Governor Reynolds mentioned today, the common consensus among Iowans is, "how on God's green Earth was this bill even necessary in the first place?"

I was deeply disturbed when the young women athletes expressed sadness at the "hate" they've been receiving for daring to express their point of view.

How did so many people get confused on this topic? Why are we debating the differences between cows and bulls?

Why are young women getting attacked for speaking truth when old men legislators sit around and get fat?

I wrote amendment H8045 because school districts should similarly be denied liability protections if they are offering any instruction or influence which would reasonably lead a child to be confused on their sex or nature of biological sex.

The State of Iowa should not offer legal protections if it's ever found that these actions contribute to the formation of gender dysphoria, and the negative mental health consequences that so often come with it.

So I forced the debate on the Iowa House floor and we took a vote. 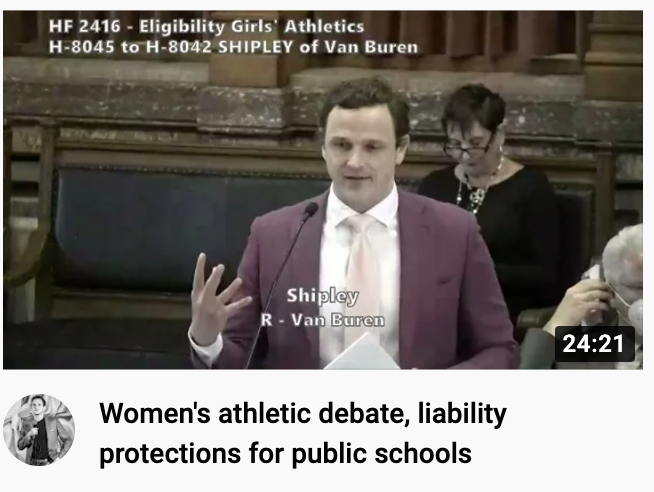 There is a lot to learn and explore about gender dysphoria, and it's vitally important we all have this conversation.

Democrats were most triggered by mentioning 'gender dysphoria' as a mental illness.

Of course that's completely ridiculous, because if there was no illness, there would be no need for therapy.

If there was no illness, there would be no professed negative consequence of a transgender child participating in athletics in alignment with their assigned sex.

We must not allow ourselves to be emotionally manipulated by the mentally ill -- thankful for Twitter to help summarize my thoughts. 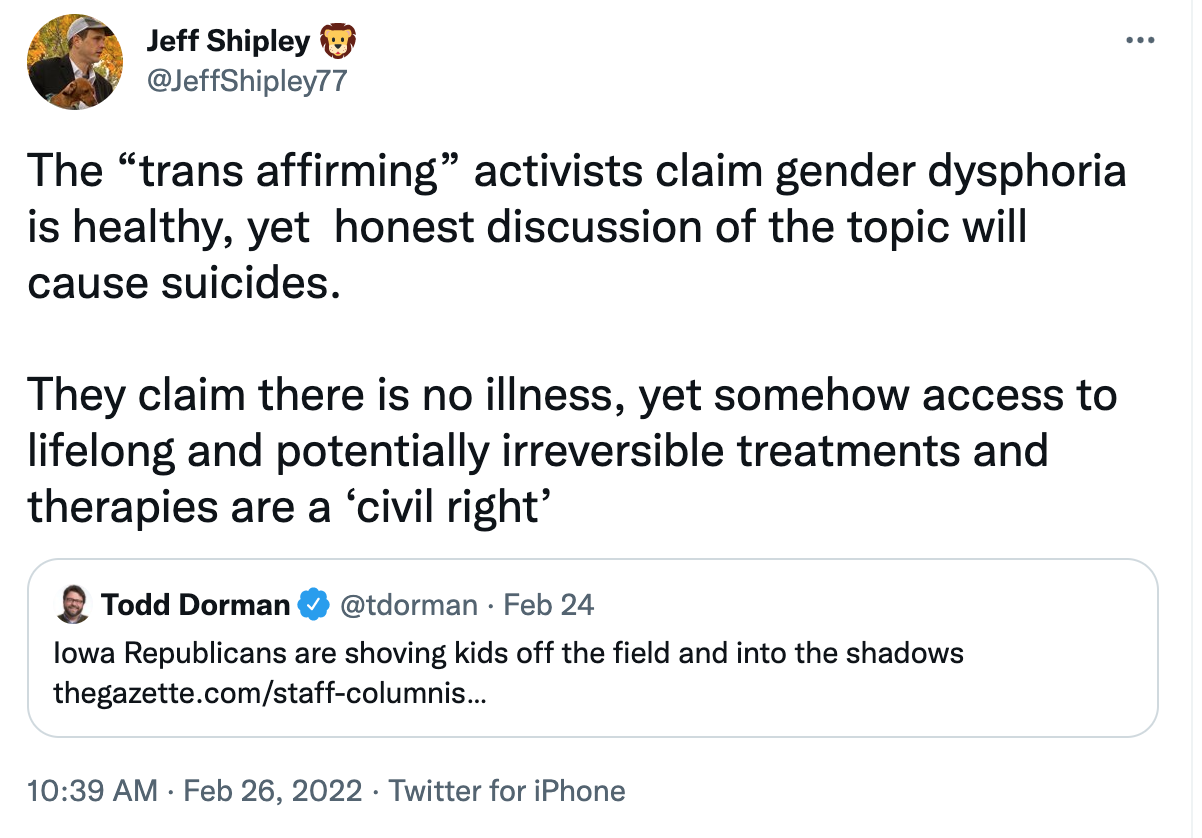 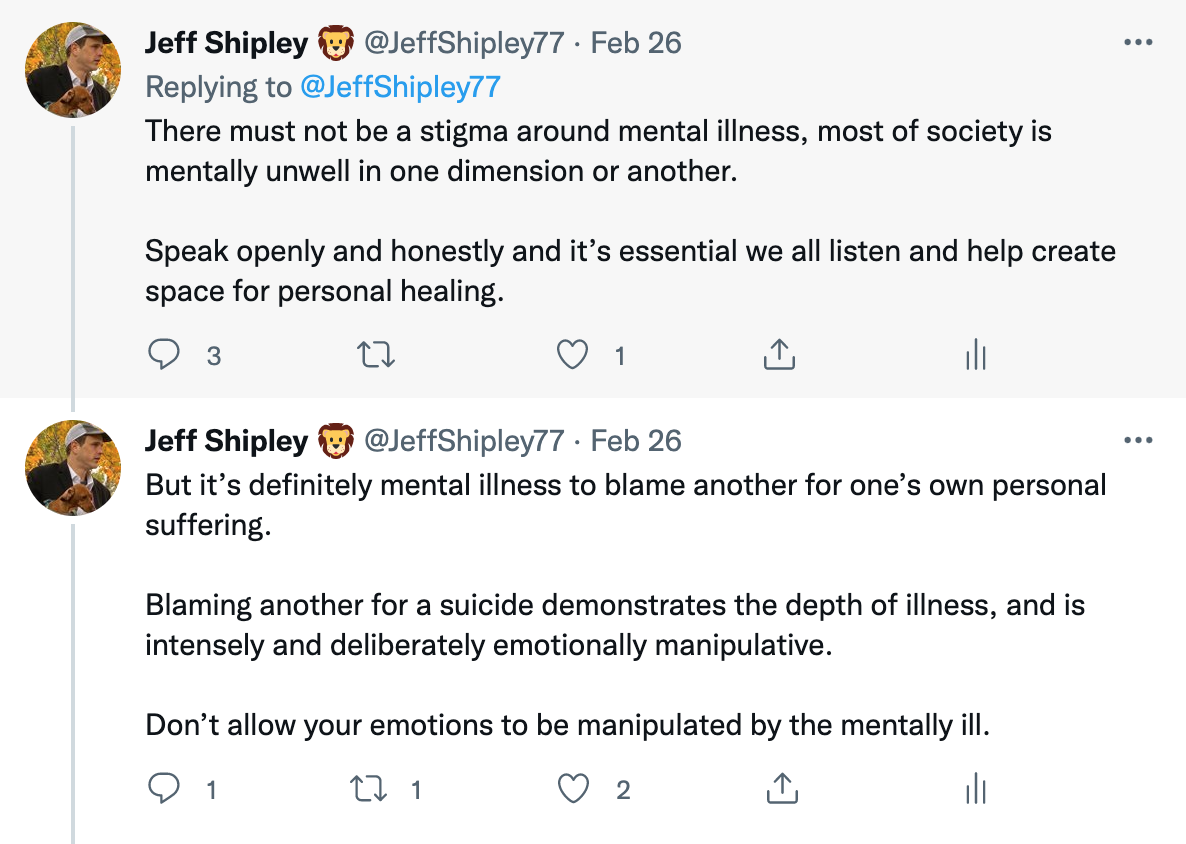 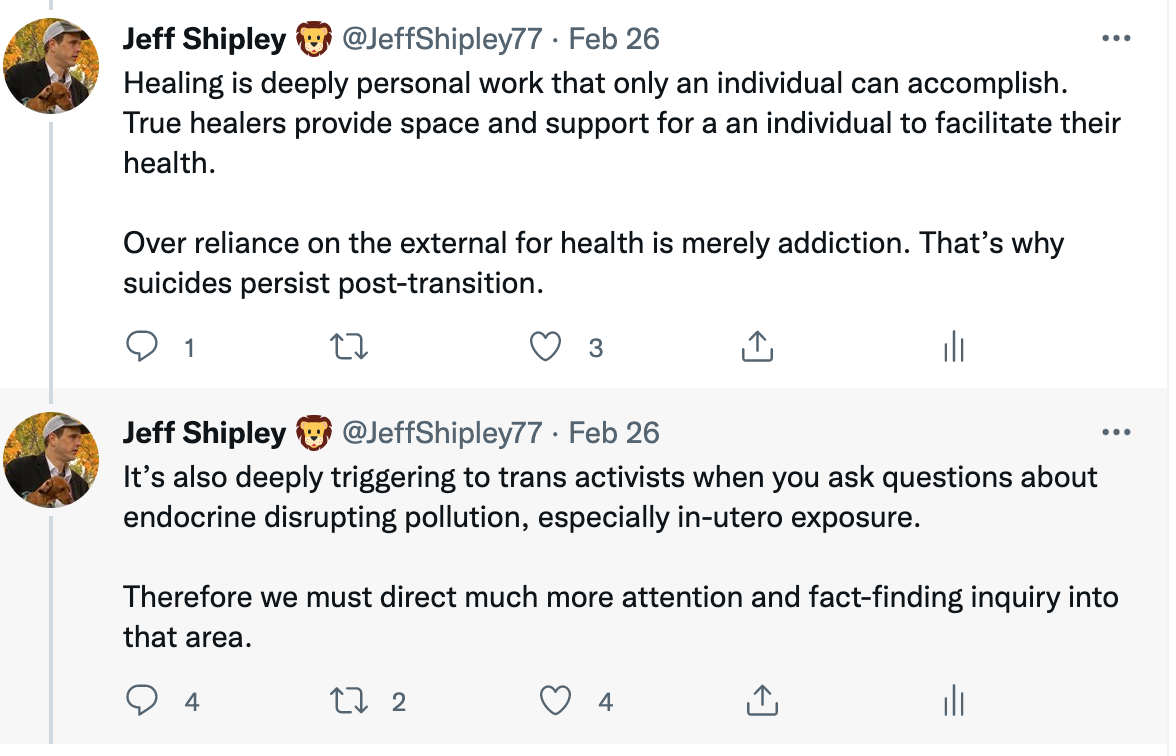 followed by: meeting of Jeff Shipley's Committee for Peace and Prosperity, preparing for the June 7th Republican Primary nominating contest. 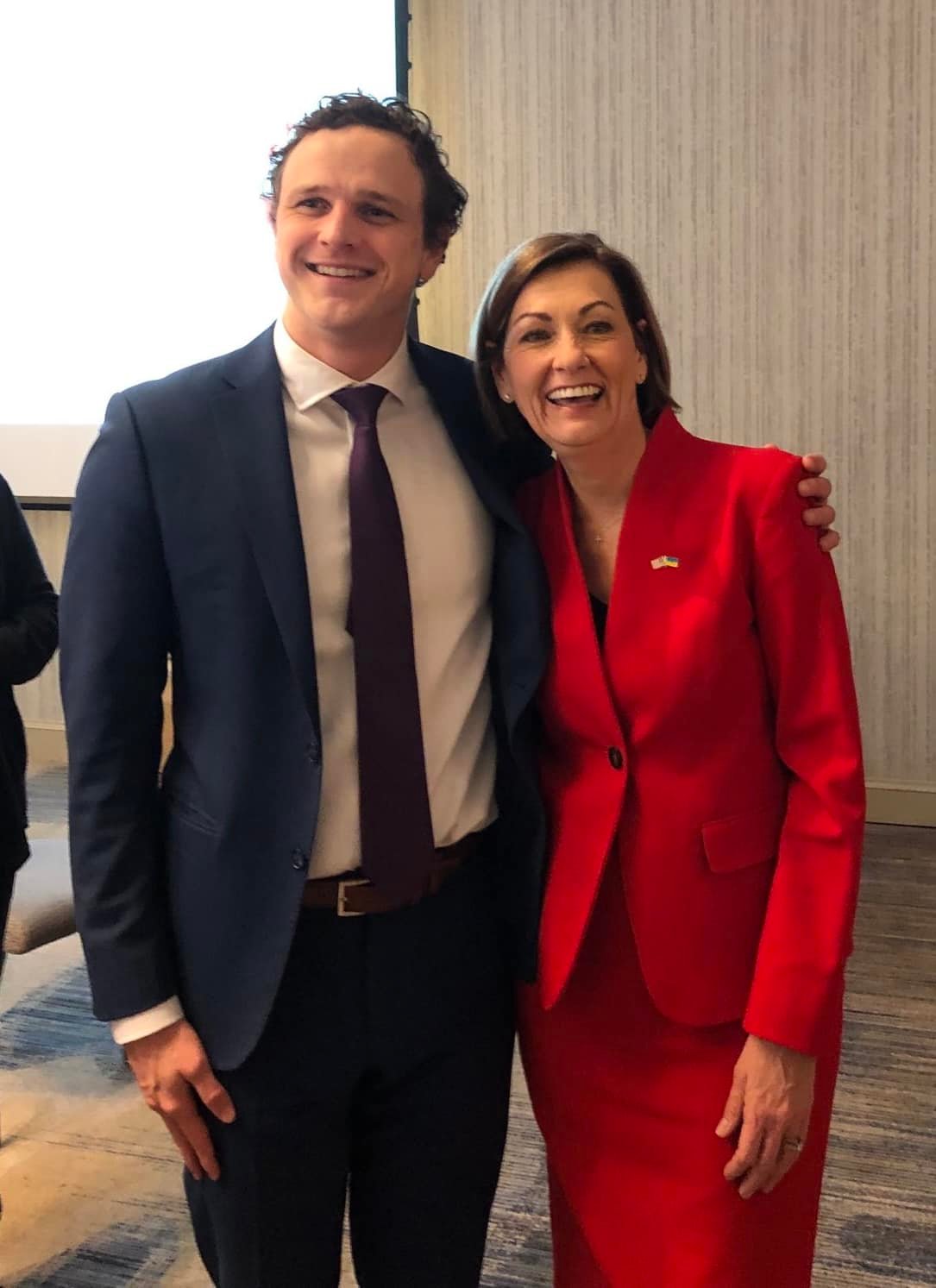 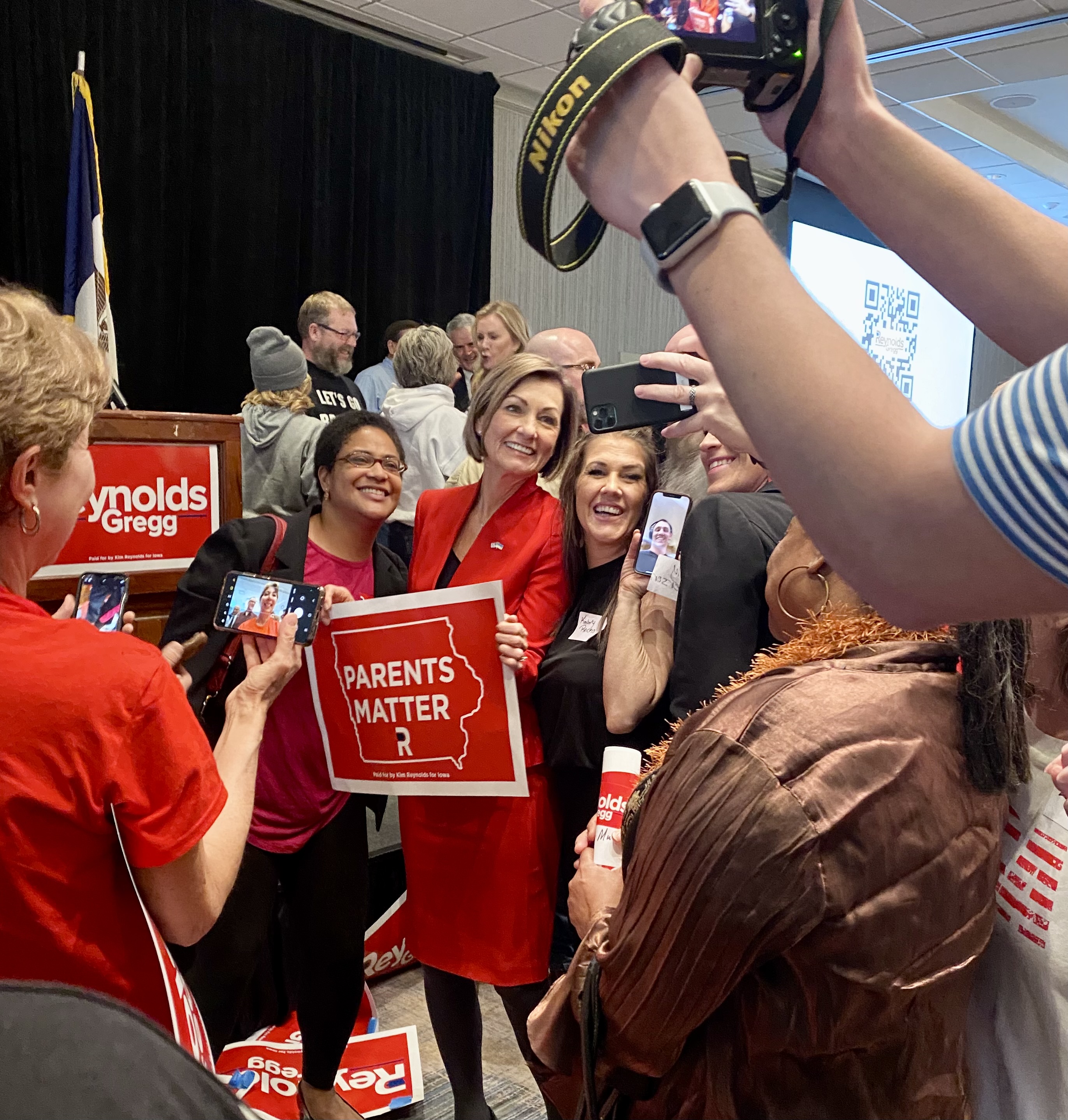 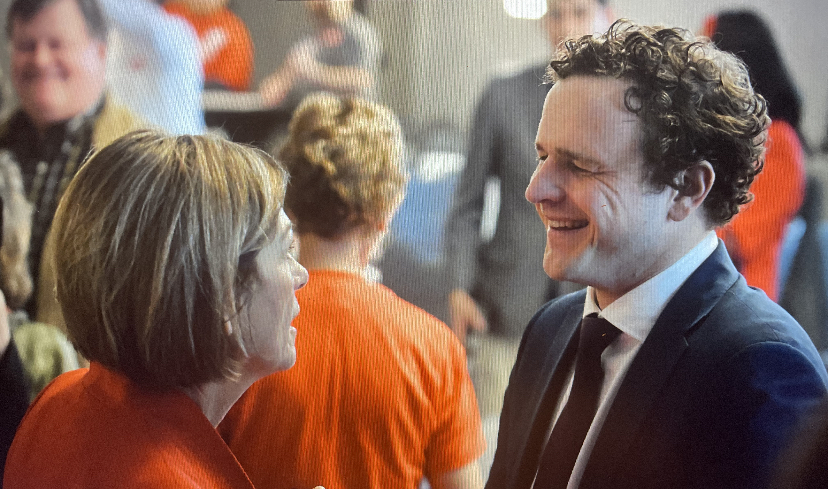 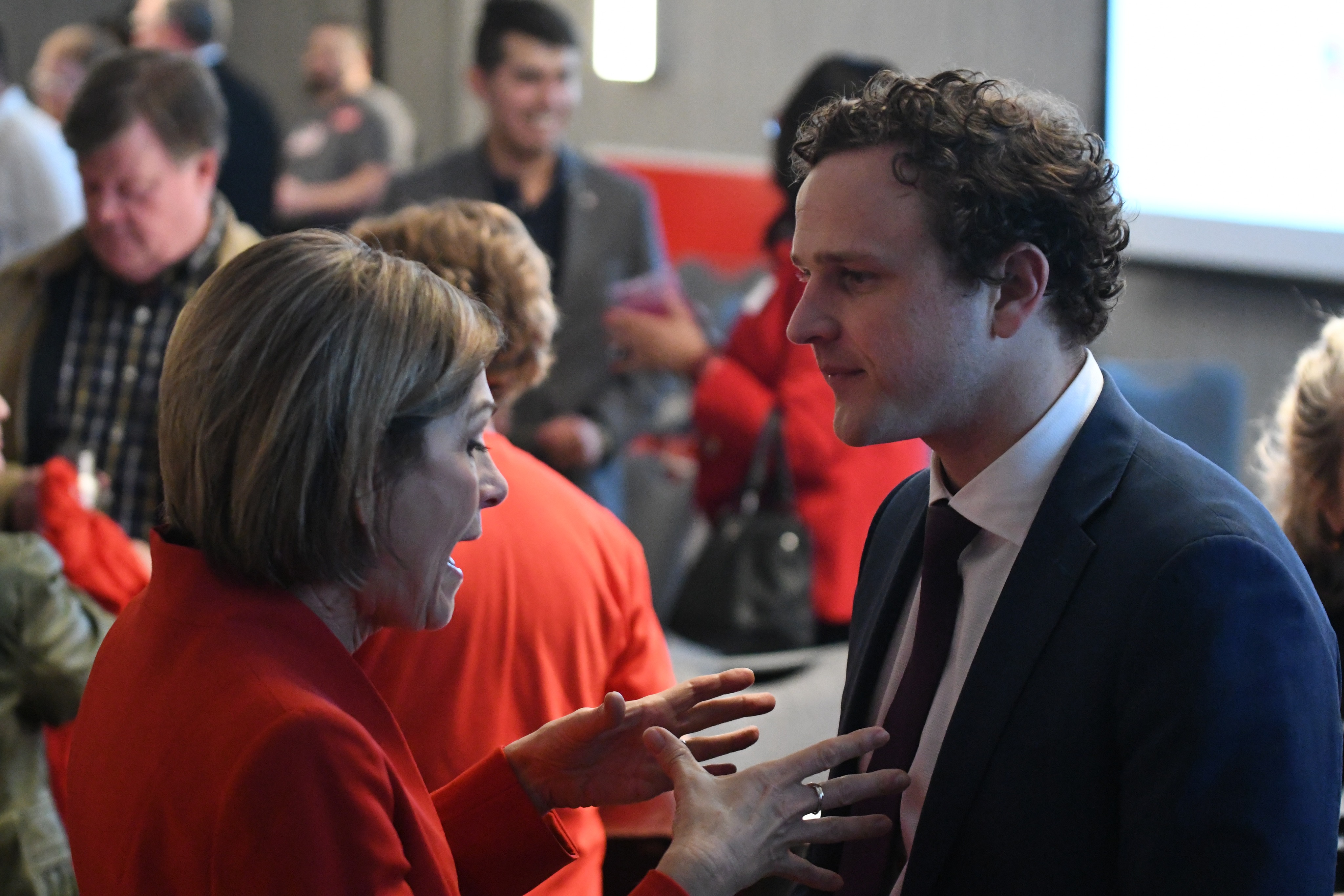 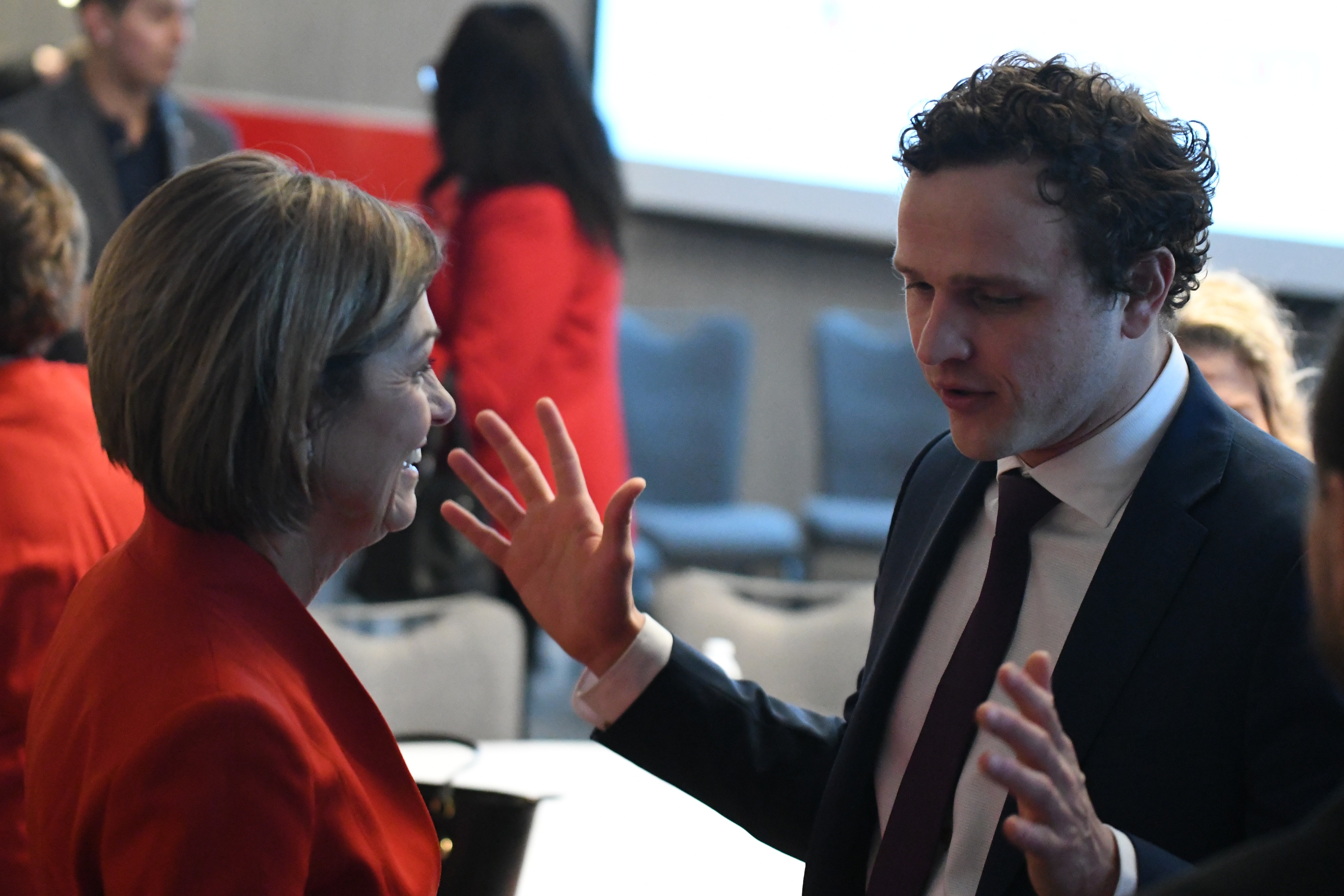 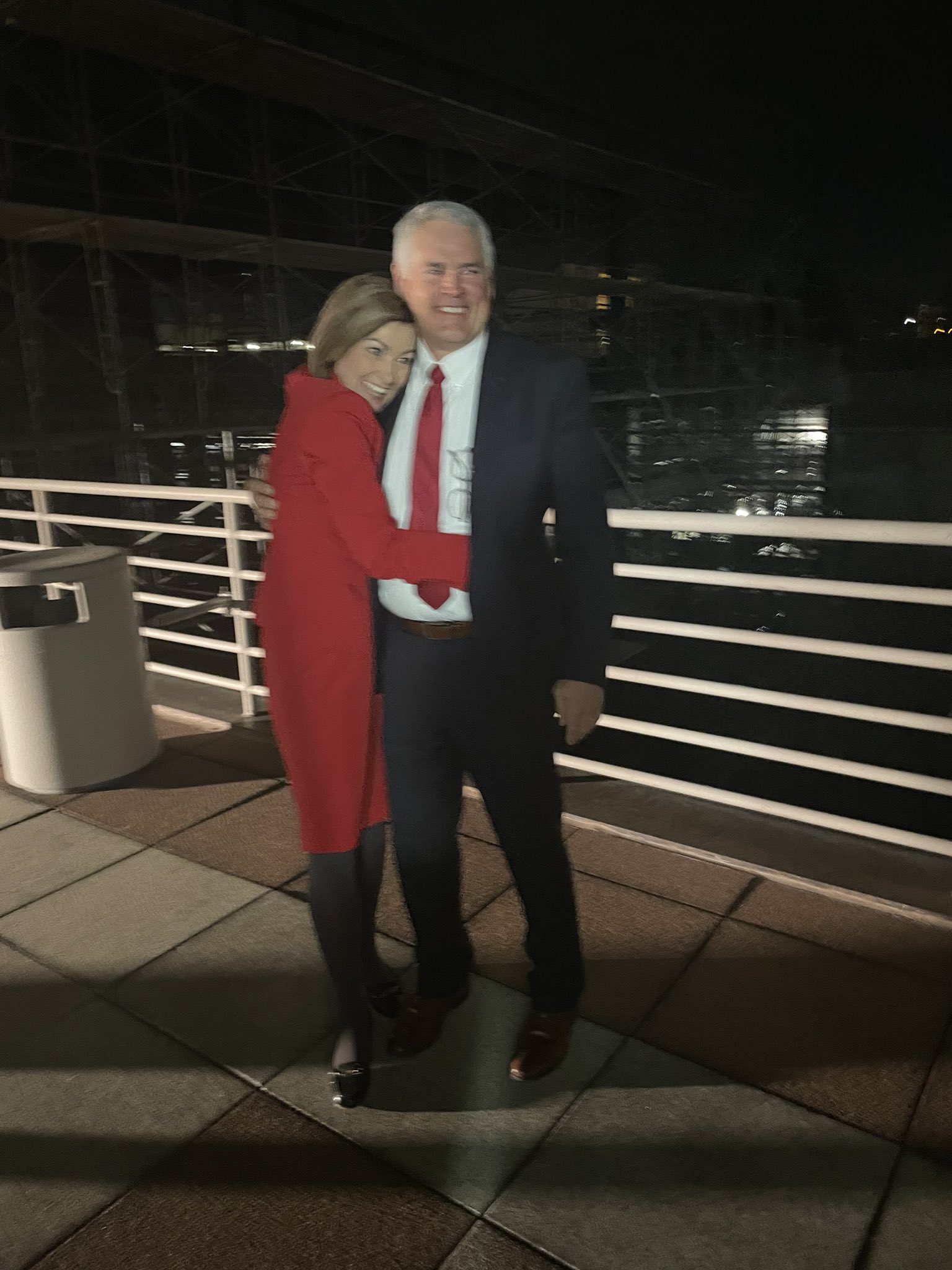 Peace be with you!