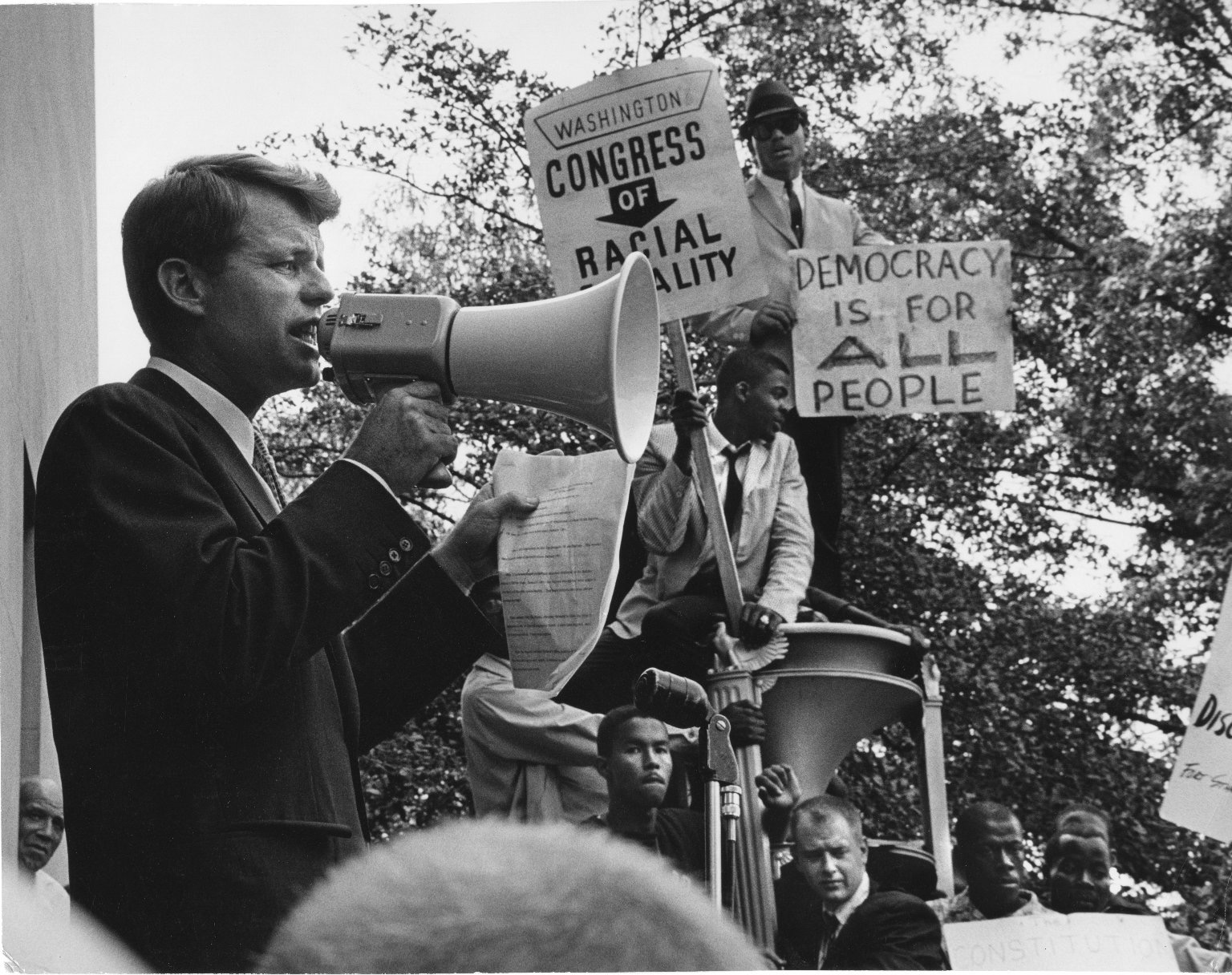 I serve in the Iowa House of Representatives to protect and cherish your sacred freedoms.

It's pretty simple and self-evident, really:

I view Iowa as heaven, and where the spirit of the Lord is, there is Liberty.

I am a law maker. I make laws to preserve Liberty allowing heaven to flourish in our state. 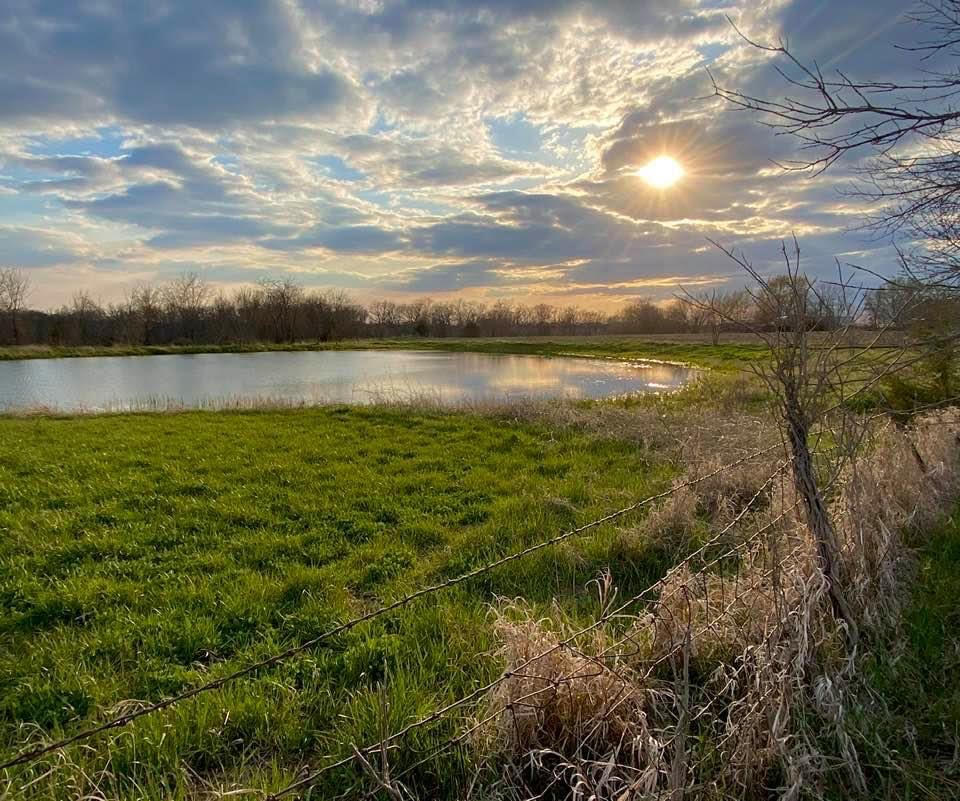 Being entranced by the inherent beauty of our heavenly Iowa, I was utterly dumbfounded to see something so seriously ugly advancing in the statehouse.

House Republicans moved the state of Iowa in the complete opposite direction of heaven this past Wednesday with the passage of HF 889.

My heart is still in mourning from witnessing this process unfold... 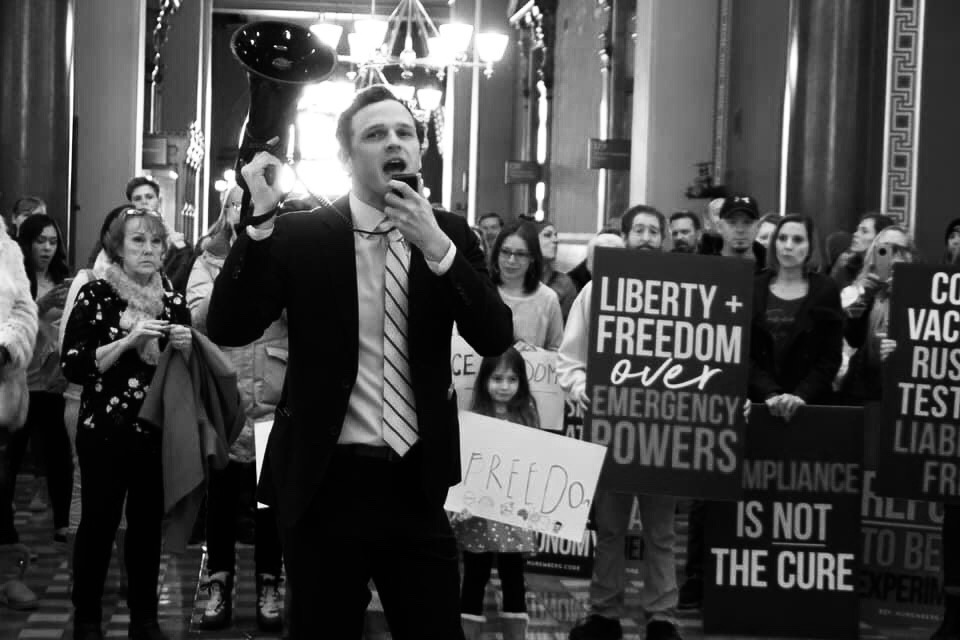 HF 889 was unveiled to the public Friday April 23rd, and debated on the floor of the Iowa House Wednesday April 28th, suspending the rules to do so.

To perform legislative duties, one must be able to accurately conceptualize, understand, argue for/against, and explain in plain language to the people of Iowa, what and how this bill affects Iowa law and how it would apply to their life.

HF 889, the product of secretive closed door negotiations, is a bill offering minor privacy protections to Iowans who may be facing "vaccine passports" in private colleges or various other cultural institutions.

First, I connected with the Iowans who are most passionate, and have devoted YEARS AND DECADES of their life to understanding these issues, versus the '3 weeks' others proudly claimed to have committed to the bill.

After several hours of confusion, a dim light of clarity slowly grew --- this is a bad bill. NO VACCINE PASSPORTS, NO EXEMPTIONS!

What does this exemption mean for our precious healthcare workers?

Would a healthcare facility be required to demonstrate a clear and compelling public interest on why they need to violate 4th Amendment rights?

No, the bill gives healthcare facilities these invasive powers, no strings or conditions attached.

The activists hate this bill, the language is scary and confusing. How could we ever pass a bill against the wishes of the Iowans most passionate and devoted to the subject?

What happened to legislation being plainly stated and easy for citizens to comprehend? Why is our judiciary chairman crafting a bill with enough loopholes for an activist judge to totally re-write the statute?

Why would House and Senate legislative leaders drop this end of session constitutional bombshell on an exhausted body of legislators with other major legislative priorities being left undone? 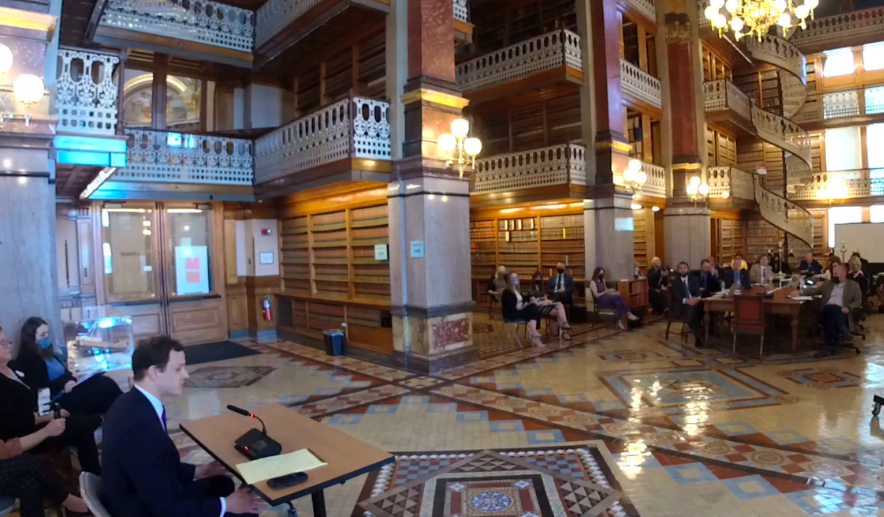 Prayers were answered when 125+ Iowans flooded the statehouse when the Judiciary committee convened at Monday 4/26 1:00pm

Every person testified against the bill as written. Democrats and lobbyists spoke in favor, as did some Republican members.

Rep. Jon Jacobsen's amendment, desperate to provide some meaningful and verifiable protection for the freedom of Iowans, was rejected.

The bill passed the judiciary committee in a bipartisan vote. 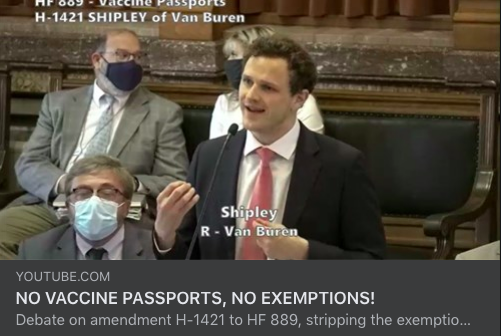 Tuesday before the vote, I pled with my colleagues. Struggling to find the right words, desperate to explain the jurisprudence to those whose minds were transfixed to their leaders -- I lost my cool.

Scared and confused, my temper raged at a room of conservative colleagues. I apologized within a moment but still my passion had consumed me.

Close legislative friends confided they support my efforts, but leadership had cracked the whip. Orders must be followed.

Like the Russian winter, it doesn't matter if the emperor marches forward against an unconquerable foe. How many soldiers have been sacrificed for the needs of the wealthy few?

How many freedoms have been sacrificed for the fearful demands of covid security theatre?

How many legislators have been misled by legislative leaders misunderstanding legal issues?

Quite a lot I reckon.

I tuned into Mary Holland and Wayne Rodhe's overview of vaccine passports and remembered I wasn't alone. My heart was restored with hope.

I refreshed my memory on the grounds for religious vaccine exemptions in Sherr v. Northport

I reviewed research like the Moderna FDA approval document.

Just show up and tell the truth as best you can. That's all one person can do.

Politics is the arrangement of an infinite set of complex relationships, power dynamics, value judgments, and individual and collective will power, in any particular moment in time.

Often when it comes to difficult problems, a legislator can't provide any meaningful guidance other than a listening ear and empathetic heart.

In very rare occasions, a legislator can use the full power afforded to them by their Constitutionally elected position to serve the people in a meaningful way.

I am still learning and studying the application of the law and relevant jurisprudence. Here is what I've gathered so far:

The question legislators set forth to answer at the beginning of legislative session is:

What are the legal conditions and parameters in which government can erase the liberty of it's citizens in a health emergency?

Government emergency powers almost always result in tragic erasures of human dignity, such as FDR's Executive Order 9066 in 1942, resulting in the internment of Japanese Americans.

Where are our leaders leading us?

As mentioned in a previous report, Speaker Grassley unilaterally prevented all discussion of these topics this year.

Speaker Grassley also recently revealed he is anticipating the covid shot will become a requirement for travel.

Speaker Grassley's power and prestige is immense. Unfortunate the Speaker would neglect using his privileged position to protect the vulnerable Iowans who would be immensely harmed by such a dystopian nightmare.

The people must gently, yet firmly, demand from their elected leaders, equal and absolute legal protection of their God-given dignity, their rights and freedoms, as well as their sacred health.

We must not settle for any less. Human dignity is at stake. Life is precious, sacred and beautiful. It's worth fighting for.

No one can protect your human dignity but you, it's time for everyone to speak up and have a voice in this discussion. Everyone needs to use your voice when it's your personal health and liberty on the line, your bodily autonomy being violated.

Writing clear and unequivocal laws can be difficult, but not impossible if you give it an honest try.

What would you think of this language being in Iowa Code?

"An Act for the Prizing of Liberties and Maintenance of Rights"

"All Iowa Persons shall be safe and secure in their God-given sacred medical health, freedom, and liberty, at all times, in all places. Narrowly tailored exceptions may apply in times of declared health emergency when the state can clearly illustrate and demonstrate a specific compelling public interest, serious enough to justify on a strict scrutiny basis the override of enshrined Constitutional Protections, using the least restrictive means to achieve said illustrated and demonstrated interest , scientifically proven and verified beyond a shadow of a doubt, with overwhelmingly accurate data that is transparent to the general public."

I promise you, the people of Iowa, to use the full Constitutional Power of my elected office, and every breath in my body, to support and protect your sacred freedoms and cherished Constitutional Liberties.

Freedom loving Iowans express an out-pouring of appreciation for Reps. Boden, Andrews, Cisneros, and Jacobsen for voting against final passage of this horrible legislation.

Additionally, immense gratitude also for Reps. "Freedom Rock" Sorenson, Cherielynn Westrich, and Sandy Salmon for their support on amendments to improve the bill.

Because our human dignity is at stake, we must always uphold ourselves to the highest dignified standards, so that dignity always remains self-evident and indisputable.

The freedom of Iowa hangs by a thread...

Please join me in a week of Prayer, Fasting and Alms-Giving

Asking for God’s grace and guidance to ensure the dignity and prized liberties of Iowans are cherished always. There is sacred beauty in this world... it’s worth protecting.
It’s worth fighting for.
Heaven, help us.

Excited to speak this coming Saturday at the Mothers for Freedom March! 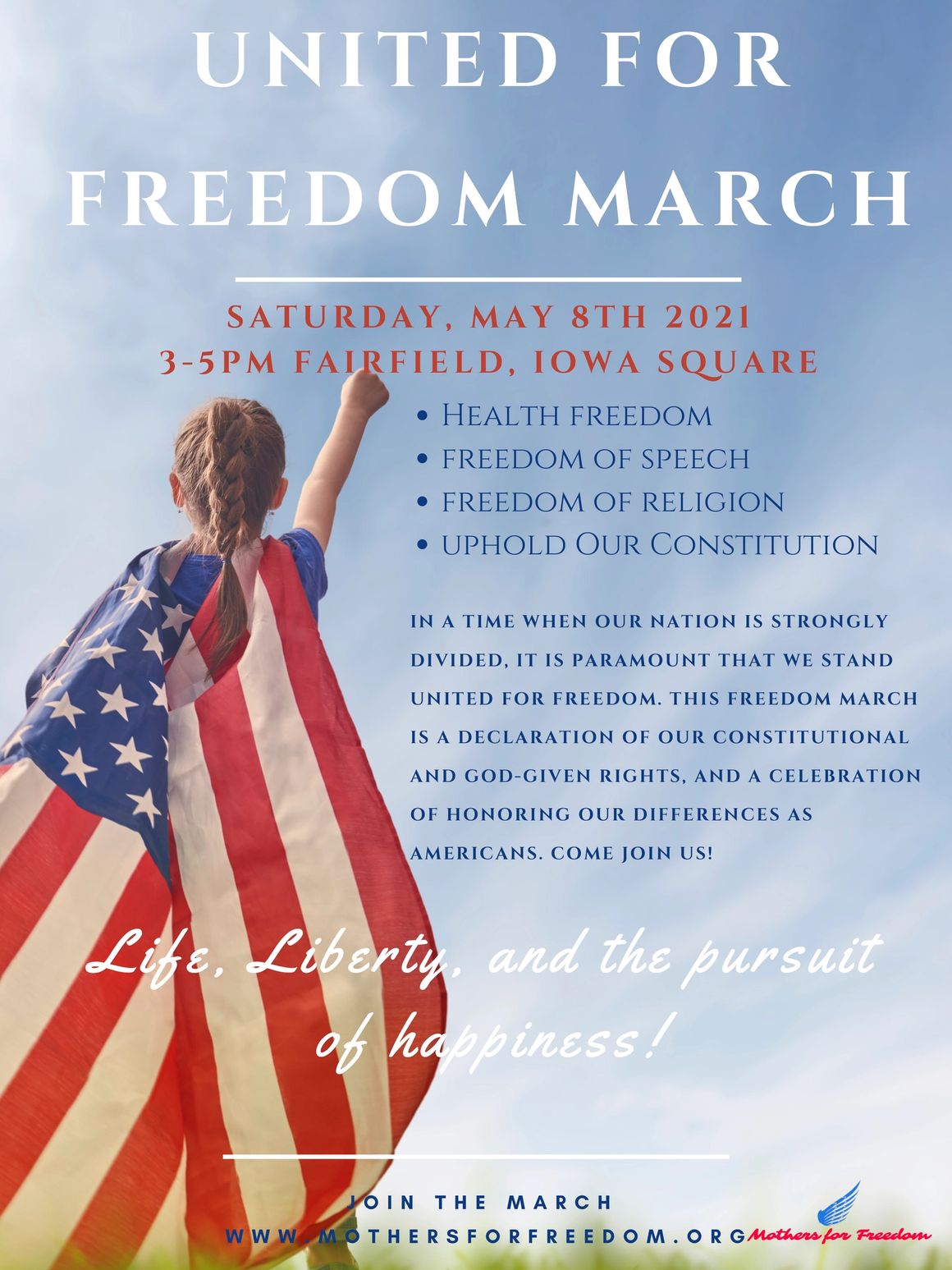 Everything I do is only made possible with your support! We are -- IN THE FIGHT -- Your generous donation can make all the difference. www.peaceloveiowa.com/donate